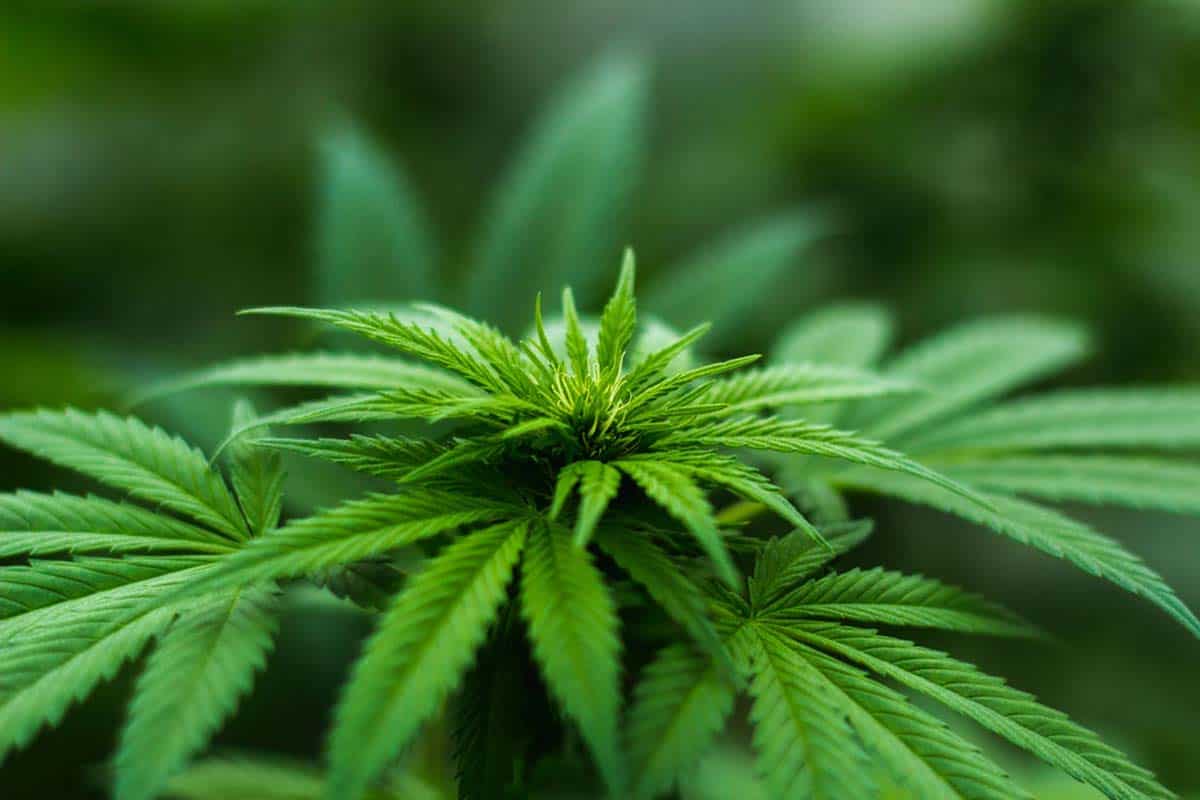 Marijuana is a dried herb that does leave some psychoactive effect on those who consume it. And as you may have already figured it, marijuana comes from the cannabis plant. People use it for both medicinal and recreational purposes. Let us be reminded that it’s the presence of tetrahydrocannabinol that’s responsible for the known psychoactive effect it leaves in users.

The question is, when will marijuana be legal?

Marijuana remains a drug that is not legal at the federal level in the United States. However, some state laws legalize it. The essence of this is that marijuana is not legal in all the 50 states of America. Thus, it becomes an issue of when marijuana will be legal all over America and not just in a few countries. Marijuana will be permitted in the whole of America when the Marijuana Opportunity Reinvestment and Expungement Act of 2019 receive the necessary endorsement and passes into law.

Continue reading to learn more about this topic!

The MORE Act is the first of its kind that seeks to legalize the use of marijuana in the United States. It’s not only aiming to authorize it; it also seeks to delete those previously convicted for marijuana-related offenses from the effects to it.

The historical background of the MORE Act and marijuana

Recently, the legalization of marijuana at the federal level is garnering a lot of attention. It is the increased agitation for the government to decriminalize marijuana that led to the introduction of the bill for the MORE Act. The development is because the use of marijuana for medical purposes, and as well as for recreational purposes is a criminal offense going by the federal law.

The fact that some states have legalized the use of marijuana and others haven’t, have raised some issues, especially for people traveling with marijuana and edibles from states that legalize it into the ones that do not. It has also led to some form of conflict between state laws and federal law, especially concerning health care facilities.

Jerry Nadler, who is the Chairman of the House Judiciary Committee, introduced the bill for the MORE Act. In the Senate, Kamala Harris introduced an accompanying bill to legalize marijuana and remove it from under schedule one when classifying it under the Controlled Substances Act.

The House Judiciary Committee, as it stands, has already voted in favor of the Act. It is the first time that a law that seeks to legalize marijuana is receiving the approval of the committee. As the Act proceeds in the legislative process, there is a lot of public discourse on whether the Act will see the light of day.

The provisions of the MORE Act on marijuana

Also, the people of black and brown color, who have been the most affected in the war against drugs, will attract reinvestment. The sponsors of the Act believe that previous drug policies have failed the people and caused them great injustice, especially the colored and poor communities. Thus, the MORE Act seeks to correct as much as it can, this level of unfairness.

People that had convictions related to marijuana find it difficult to get jobs, gain admission to schools, and get access to housing facilities. Thus, the Act seeks to provide them with an equal opportunity to participate in the economic activities of the country. It aims to offer them the support that they need to move on with their lives.

The MORE Act is very comprehensive in its provisions. It covers virtually all the aspects of ending the war against drugs and the harm flowing from it. However, you should note that the Act cannot restore all that victims of the drug war suffered in times past. It can only prevent injustice from continuing.

Another striking provision of the Act is that it provides for 5% as tax on the sale of marijuana and products that contain hemp. The revenue generated thereof will go into the Opportunity Trust Fund. The purpose of the fund is to remedy the wrongs done to those affected by the drug war, fund businesses that are in the marijuana industry.

The 5% sales tax goes into the coffers of the federal government. It does not prevent states from regulating their industries. However, 5% is the only way the government interferes with the marijuana industries in the various states.

The flaws identified in the MORE Act on marijuana 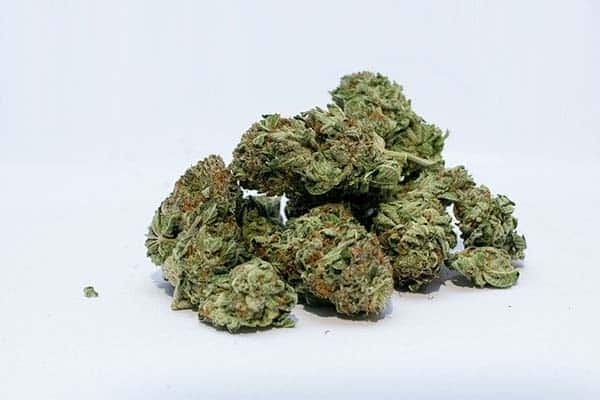 While the MORE Act seems like a good step for the marijuana industry, it will also affect the industry in another form. The imposition of the 5% tax will only add to the charges paid by producers to state governments. The more taxes producers have to pay, the more the cost of marijuana will increase.

When there are higher tax rates in the marijuana industry, and consumers have to pay more to consume it, this will lead to another problem. The problem will be the promotion of black market production and sale of marijuana. The black market will stir up high competition between the black market and the licensed dealers because marijuana will be cheaper than the ones sold by the authorized dealers.

These licensed dealers will have to add the cost of obtaining the necessary licenses and governmental approvals. They will also add the value of the various taxes they have to pay. That way, their cost is higher and, thus, will sell theirs at a higher rate than one can get on the black market. It seems to defeat the purpose of the Act. The Act seeks to promote the marijuana industry as a way of generating funds for the government.

The arguments for the legalization of marijuana

Over the years, the debate for and against the legalization of marijuana continues. Different persons and organizations have different views on the subject matter. Thus, we need to examine these separate views.

Persons in support of the legalization of marijuana believe that doing this will help to create employment for people and grow the economy. It is their submission that the cannabis plant happens to be one of the cash crops in the United States. Thus, the government should legalize it instead of decriminalizing it.

Another argument in support of the legalization of marijuana is that it will protect the safety of consumers. Producers of cannabis will have to go through the process of testing their products before making it available to the market. Consumers, on the other hand, will have access to information about the products they are using.

The arguments against the legalization of marijuana

They argue that the use of marijuana is harmful to health, especially when people misuse it. The risk of getting addicted to its use is another one that will significantly affect the health of users. They believe that this is bound to be the case when it becomes legal, and more people have access to it.

In their view, the overdose of marijuana has led to the death of several young persons. Apart from resulting in death, it causes many other health issues like affecting the respiratory organs and adversely affecting the fetus in the womb.

The recent move to legalize the use of marijuana in the United States only goes to show the weight of the ongoing debate between those in support of legalization and those opposing it. Both sides of the divide have made compelling arguments on the subject matter and will be testing the strength of this at the legislative quarters as the MORE Act goes through the legislative processes.

The valid answer to this question, when will marijuana be legal in the United States, is dependent on how long it takes the Senate to deliberate on the bill, pass in it into law, and the president gives his consent. Until then, it is uncertain when marijuana will become legal. One should note, however, that the passing of the MORE Act into law is the legal framework that will legalize marijuana at the federal level in the United States. 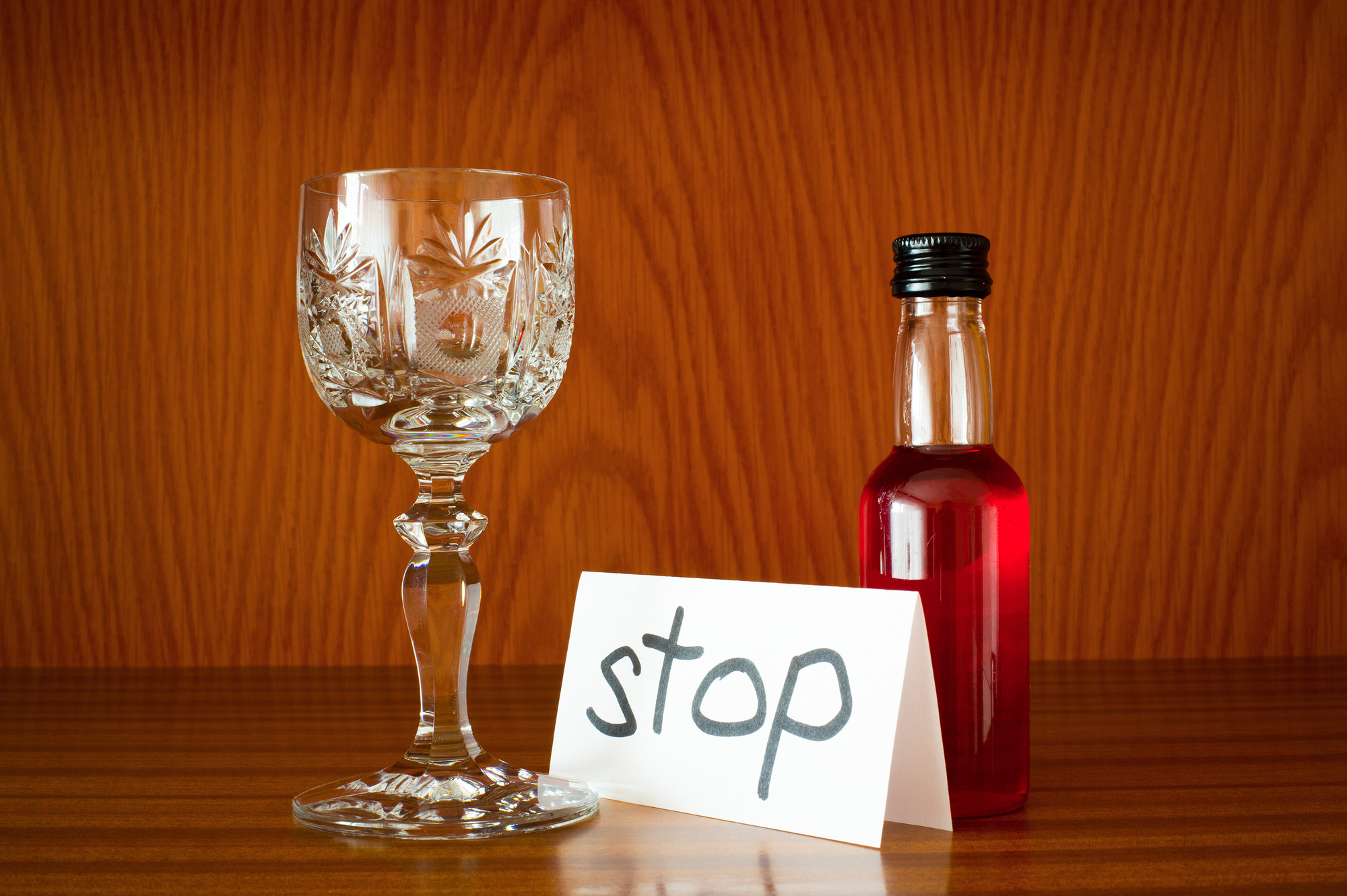 Strategies to Quit Drinking: Which Is Best for You? 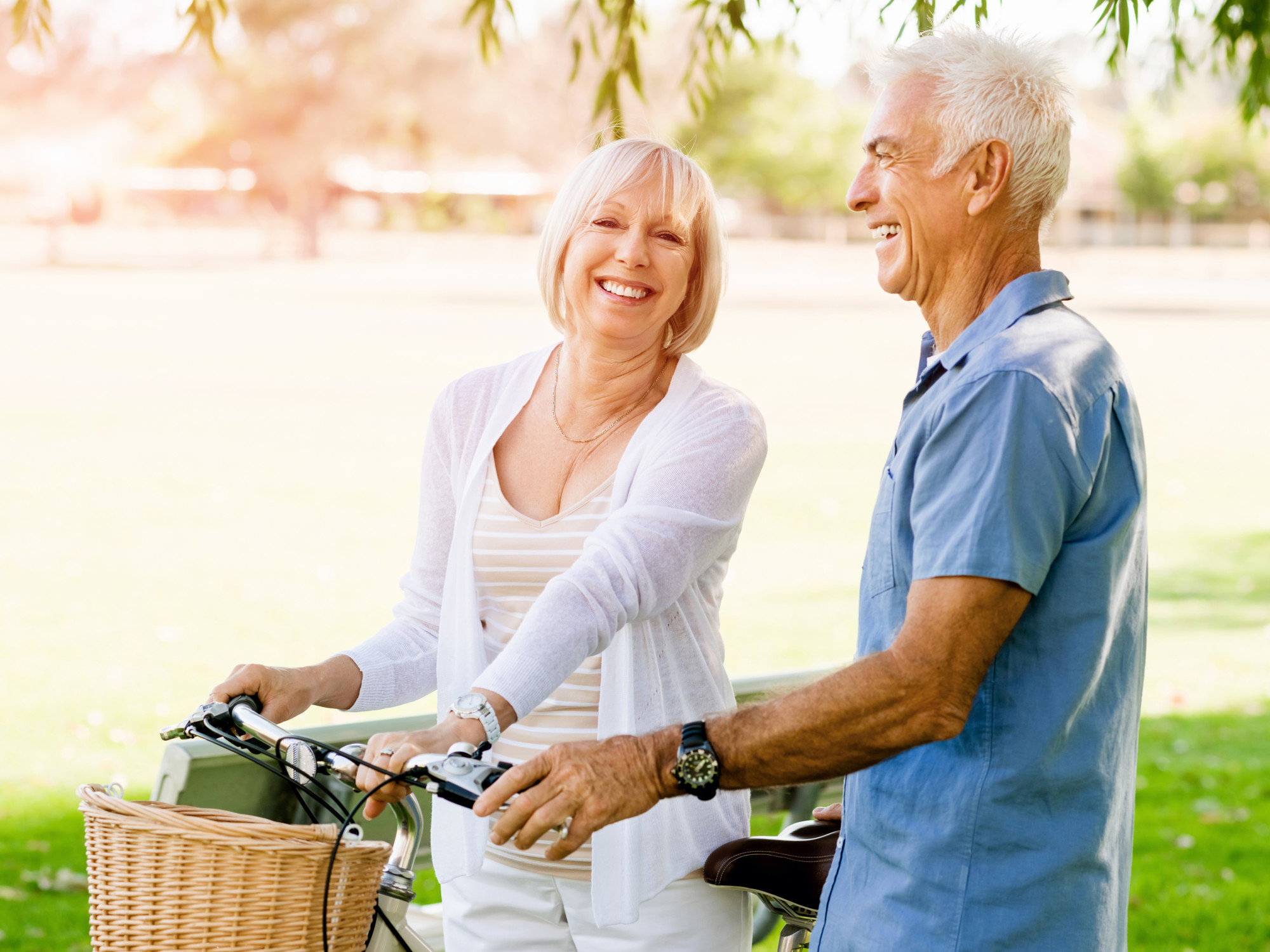 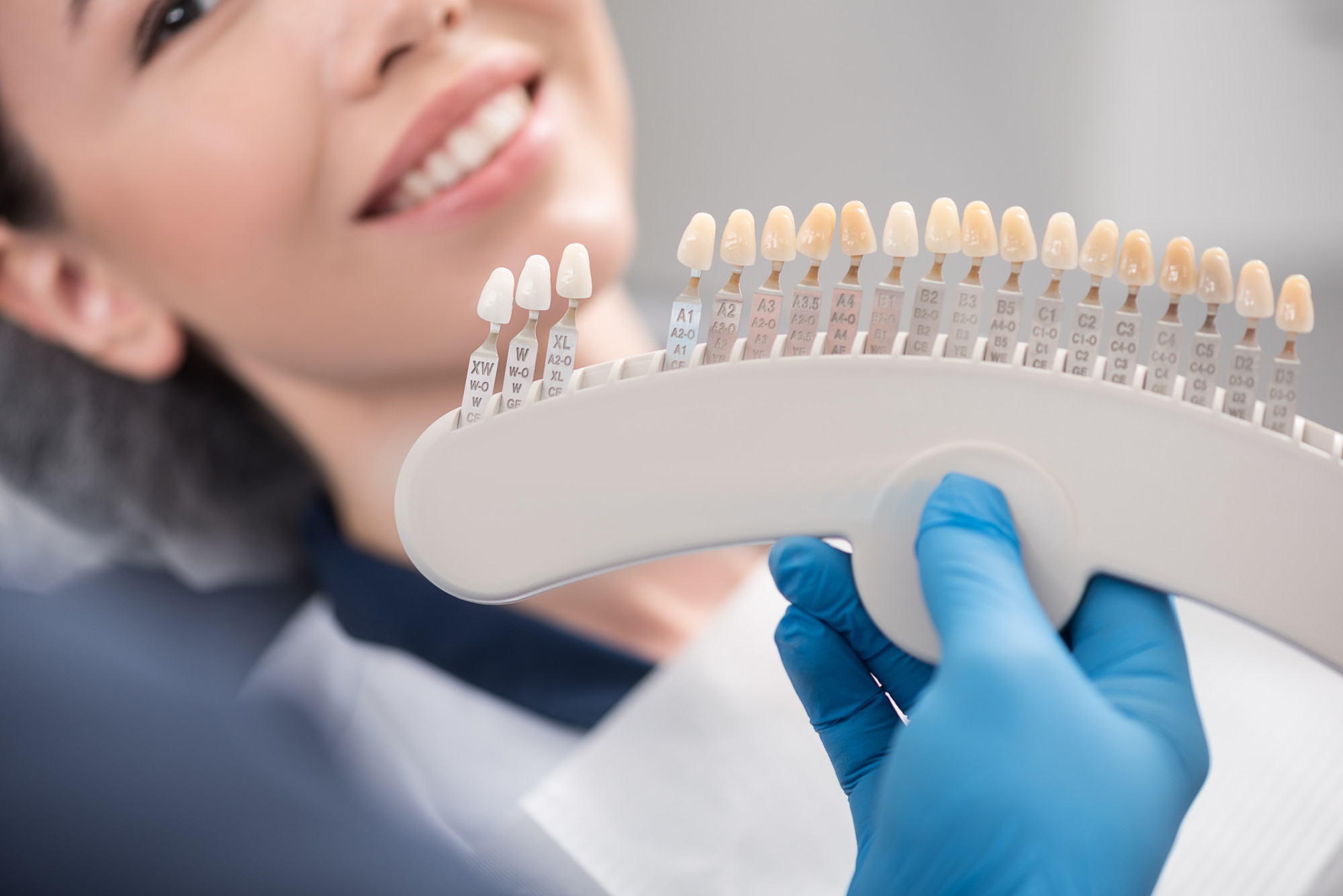 What Are Dental Veneers? Why They’re the Best Tooth Replacement Method

How Long Does It Take Walmart To Refund Your Credit Card?