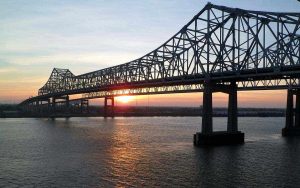 In 2012, Mississippi was named the poorest state in the US, with a per capita income of $20,670. This makes a lot of people ask the question: why is Mississippi so poor?

All of the problems of the Mississippi can be traced to the Delta. If you excluded the Delta, Mississippi might be statistically insignificant as far as southern states in America can go. The Delta was about the headquarter of American slavery. The Delta has an extensive history, and most of the former slaves stayed back after gaining their freedom, and their descendants still live there till date.

The Mississippi Delta is situated at the center of the so called Black Belt. Majority of the black people living there can trace their roots back to slave plantations that are probably close to where they live now.

Agriculture doesn’t exactly make huge money and the rural areas where agriculture dominates generally are poorer. Of course, Farmers can make good money, but the employees whom they hire actually work their farms don’t. The fact is these farmers tend to hire undocumented immigrants because they charge cheap fee for their labor. A good example is the Delta. Since farming has now become mechanized and automated, job opportunities have reduced for this farm workers.

Racism is another topic to talk about. There is still racism in Mississippi, which can make getting ahead so difficult for poor blacks. Despite all these, the Delta area has access to a lot of federal funding which they receive every year and has boost real income a little bit over the last 20 years.

Education is another factor to consider. Education in Mississippi is very bad. The students in the Delta who are able to get into college, they leave for another state and this contribute to the bad “brain drain” problem. There are limited good jobs for people with education in the Delta.

When educated people are leaving a state, there would be a very big developmental void. Educated and exposed people are needed to invest money, start business, or become licensed professionals. Educated people rive local economy. Corporations prefer areas that have huge talent pools – places such as Houston and Silicon Valley.

So there’s no reason to move to Mississippi when it is located between economic friendly places like Texas and Atlanta.

Why Mississippi Is The Hungriest State In The Nation

Mississippi is seriously experiencing food insecurity. For the past eight years, the state has been the hungriest state in the USA. The state currently has 600,000 citizens and 20% of the population in the state are considered to have food problem, including 1 in 4 children. Estimates suggest that Mississippi would need $300,000,000 more every year to be able to meet the needs of the state. The overall food insecurity is 22% with 34 out of 82 counties more than 22% food insecurity rate.

Mississippi also has the highest food insecurity rate at the country level. Issaquena County tops the list with 40%, while Jefferson County comes second at 36%. In the Hinds County, there are more people experiencing food insecurity than in the entire state of North Dakota.

Counties with the highest food insecurity rate will also have high indicators of unemployment and poverty. Even though they are already the hungriest state in the country, Mississippi is also considered the poorest of all states.

50 out of 82 counties in Mississippi are considered to be living in extreme poverty, which means they have a poverty rate of 20% or more which they have maintained for over 30 years.

Having a consistent high poverty rate means that consumers cannot buy healthy food and are not likely to have a vehicle that can transport them to where they can buy the food. For a lot of Mississippians, the easiest way to buy food on daily basis is to buy unhealthy junk foods at the local stores because grocery stores are not made available in the state. Mississippians often eat cheap foods that have minimal nutritional value. Issaquena County is an example of a place that has no grocery store.

SNAP is providing some help to people who are experiencing food scarcity, but it cannot provide much financial assistance. It is usually very hard for citizen to be able to have access to SNAP benefits. The eligibility requirements necessary to access SNAP in the state are very strict – more than in other states. While a lot of other state require only interview, Mississippians must undergo an in-person interview.

So as to be able to receive benefits of SNAP, residents of Issaquena County will have to travel to neighboring counties to get food because they lack stores that accept the benefits. Only 5% of SNAP transactions by people living in Issaquena County occurred with the county. There are just 4 grocery stores in Holmes County =, even though it is 765 square miles. This means 1 in 4 residents travel up to 10+ miles to use SNAP benefits. According to the United States Department of Agriculture in 2015, only have of the population that have food stamps have access to transportation.

Due to the lack of transportation and money to buy a vehicle, counties in the state such as Issaquena experience serious economic loss because citizens have to redeem their snaps benefits outside their county. The cutoff salary limits also makes attaining the benefits SNAP has to offer very difficult. 30% of the citizens suffering from lack of food do not earn enough to qualify for SNAP benefits.

Accessing the Supplemental Nutrition Program for Women, Infants, and Children (WIC) is also too difficult because Mississippi has state-run distribution centers instead of just giving themelectronic benefits transfer cards that can allow them to buy what they want at the grocery stores. 90% of Mississippi’s counties have only a distribution center, which is a great challenge for citizens who cannot afford transportation. This then creates what is known as food desert, which is a term used a particular area has a poverty rate that is more than 20% and more than 33% of its residents living over a mile from the closest grocery store around.

Even though Mississippi has vast rural and agricultural areas, the residents aren’t receiving what the state has to offer them in terms of fresh foods. As a matter of fact, 0% of the food that Mississippians eat is imported, with most of the state’s agricultural areas producing mainly cotton and soybeans.

The scarcity of healthy food causes high rates of deadly disease. Health care in houses with lack of access to food is higher than in houses that have no food insecurity.  Mound Bayou, for instance is populated with only 1,500 people, but 44% of the county’s adult population is suffering from diabetes. Healthcare.org reports that of all states in the country, Mississippi is the least healthy.

Mississippians who are among the marginalized racial and ethnic groups suffer most from food insecurity. Like majority of the southern states, Mississippi still bears the scars that were cuased by slavery.

A National Book Award-winning author from Mississippi, Jesymn Ward summarized the problems that African Americans in the state go through in a piece she wrote for The Atlantic:

Counties such as Issaquena, Holmes, and Jefferson have population, in which one-third of the population are experiencing lack of food. These populations are between 74 and 86% African-American.

Being the state with the highest rate of poverty in the country, lack of access to certain benefits, lack of grocery stores, high health care costs, institutional racism that has negative effects on the marginalized racial groups, and the lack of nutritional food, we cannot but see why Mississippi has more food insecurity and higher rate of poverty than other states in the nation.

Why Is Freedom Of Speech Important? The Relevance Explained

Has Socialism Ever Worked?
Is Saturday A Banking Day?