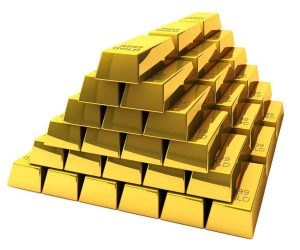 For a certain period in the 20th century, “politically powerful” wasn’t a very common word. While a lot of people alive today have forgotten many parts of the Cold War story, the United States spent almost 40 years aggressively defending the concept of capitalism against opposing ideologies.

So, what is capitalism? We can say an economy is a capitalist one when the means of production are controlled by private businesses. Essentially, individual citizens are in charge of the economy, while the government is not involved in production or prices.

Prices in a capitalist economy are set by the free market, in which supply and demand determine value or how the private producers and private consumers relate with one another. Traditionally, capitalism has been seen as a crucial part of American democracy, allowing the ability of any individual to control their own economic fate.

To every American across the last century, capitalism was an idea worth fighting for.

How old is capitalism?

The period between the 16th century and the 17th century was basically the birth time of capitalism. We can see traces of merchants and banking families that hail from certain European countries back in the 14th century, but capitalism began to exist during this time.

Capitalistic ownership is characterized by two major things; one, the owners are in control of the factors of production, and two; the owners get their income from their ownership, which allows them to operate their companies perfectly. It also gives them the incentive to maximize their profit. This incentive is the reason why a lot of people say “Greed is good.”

In corporations, the owners are the shareholders. The number of shares they own determines their level of control. The shareholders are responsible for electing the board of directors, and they hire chief executives, who are the managers of the company.

For capitalism to succeed, a free market economy is needed. The distribution of goods and services depends on the laws of supply and demand. According to the law of demand, when demand for a particular product increases, the price of the product rises. When competitors find out that they can make more profit, they increase production. The increase in supply reduces the prices of goods and services to a level whereby only the best competitors remain in business.

The owners of supply in a capitalist economy compete against each other over who gets the highest profit. The owners of the supply sell their goods at the highest price they can while keeping the costs as low as they can. Competition between them keeps the prices of goods and services moderate and also keeps production efficient.

The free operation of the capital markets is another characteristic of capitalism. The laws of demand and supply set reasonable prices for bonds, currency, stocks, derivatives, and commodities. Capital markets let companies raise the funds they need to expand. They distribute profits among the owners of the business. They include stockholders, investors, and private owners.

When Was The Birth Of Capitalism?

The concept of Capitalism started to become a thing in the 17th Century. Initially, the merchants, or “buyer uppers”, as they were popularly called, were the link between the consumer and producer of goods and services.

In the 17th century, merchants or upper buyers gradually became involved in the production of goods as they began to supply materials and pay wages.

These merchants transited to capitalism by making profits from owning and controlling means of production.

It was an economist and philosopher, Adam Smith who saw that mercantilism was not leading to development and change, but a degenerating system that was causing trade imbalances between nations and preventing development from happening. Smith’s ideas for a free market opened the world to capitalism.

Adam Smith wrote what is considered the “bible of capitalism”, The Wealth of Nations. He details the first system of political economy in the book.

What Was The First Capitalist Country?

The first nation-state to adopt a capitalist economy was the Dutch Republic in the seventeenth century.

What Are The Capitalist Nations?

Since capitalism is a thing, which nations can we find it today? The most honest answer is: capitalism can be found everywhere. We now live in a progressively globalized economy, which is based on an international free market as we have no single government that has the right to control the value of commodities or means of production for the whole world.

So we can say that the international economy is basically a capitalist economy and almost every country in the world today practices capitalism in different forms on a global scale. However, on a domestic scale, not all of these countries practice capitalism. Usually, capitalism was associated with Western Europe, because the terms and ideas associated with capitalism were first developed there.

Although, ever since the Cold War, the United States has been the real champion of capitalism, and it is one of the most strictly capitalist countries we have in the world today. A lot of Americans have remained a fan of the ideologies and institutions of capitalism, particularly private property. They see it as an essential part of the American democratic experience.

Although the USA may be among the world’s most capitalist nation-states, even the country is not a hundred percent committed to capitalism. Since capitalism comes in a variety of forms and sizes, every nation-state has its own model of capitalism.

While the USA may well be one of the world’s most capitalist nations, even the USA is not 100% committed to capitalism. After all, some government regulation of private businesses is allowed. This is important to remember. Capitalism comes in various shapes and sizes. Every country has its own model.

Freedom is a prerequisite to capitalism. As stated by the Index of Economic Freedom, a database that measures a nation-state’s economic freedom based on quantitative and qualitative factors, for example, regulatory efficiency, the countries listed below can be considered capitalist nation-state.

The countries are listed in order of the ones who have the greatest quantifiable economic freedom:

How Capitalism Differs From Socialism

The proponents of socialism have said that their system was born out of capitalism. It improves upon capitalism by creating a direct route between the people and the goods and services they desire. Contrary to the system whereby there are only individual business owners, the people as a whole are the owners of the factors of production.

A lot of socialistic governments are the owners of oil, gas, and other energy organizations. It is tactical for the nation’s government to run these profitable companies. The government takes the profit in place of corporate taxes on an individual-owned oil company. The government distributes the profits into its spending programs.

These government companies still competed with individual-owned companies in the worldwide economy.

Difference Between Capitalism And Communism

Almost every society in the modern world has elements of communism, socialism, and capitalism. This blend of systems is referred to as a mixed economy. We can find elements of capitalism in some traditional and command economies.

How Capitalism Differs From Fascism

Capitalism and fascism give room for private ownership of business. While capitalism allows the owners to have free rein to produce goods and services the consumers need, fascism follows nationalism. It requires business owners to consider national interests first. Private businesses must follow the central planners’ directions.

Difference Between Capitalism And Democracy

According to a monetarist economist, Milton Friedman, democracy can only exist in a capitalistic nation. However, a lot of nation-states have socialist economic components, while they have a democratically-elected government.

Other nations are communist but have blooming economies as a result of their capitalistic elements. Examples of such nations are China and Vietnam. Some other nation-states are capitalist and are ruled by oligarchs, monarchs, or despots.

The United States of America is a mostly capitalistic nation. The federal government is not in charge of corporations. One vital reason for this is that the U.S.A Constitution protects the free market.

What Was The Purpose Of The Civil War?

Can you join the army with depression history?
How Does Electricity Cause Global Warming?