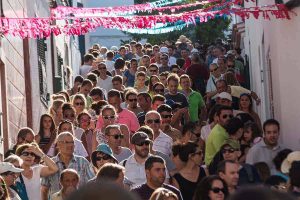 The essential offices are those offices that are so important that if they are affected by the shutdown, the life, health, and safety of members of the public will be jeopardized. Such offices include the Federal Bureau of Investigation (FBI), Prison services, US Marshals, Customs, hospitals, etc.

Non-essential workers are not required to go to work during a government shutdown and are also not entitled to pay during that period.

Are postal workers getting paid during the government shutdown?

Postal workers are deemed to be essential workers. They are considered to be one because they still perform their duties during a shutdown. Even though the Postal Service is a federal institution, it is not funded by taxpayers’ money. Therefore, the salaries of postal workers are not affected by a government shutdown, because their funding is independent of the government and its budgetary processes.

How Is The US Postal Service Funded?

However, the government is not involved in the funding of the Postal Service. It allows it to generate the funds used for its operation. The Postal funds its activities from selling postage alongside with its products and services. The government does not fund the Postal Office but is involved in determining its rules, regulations, and prices.

The US Postal Office is not intended for profit-making. As a result, the charges on products and services are regulated. However, they must be adequate to cover the cost of operations.

Who Pays The Salaries Of US Postal Workers?

It is understandable why postal workers continue working and get paid during a government shutdown. They keep working because they are an essential office and also because they do not depend on the spending bill of the US government to run its operations.

What Role Does The Postal Service Play?

The US Postal Service is saddled with the task of delivering postal services. It concerns itself with delivering letters, parcels, sorting, and mailing. It also sells postal products such as postage stamps, supplies, and other stationeries needed at the post office.

How Is The US Postal Service Managed?

The Board of Governors governs the US Postal Service. They are responsible for determining the rate of postal products and postal services. They also formulate policies and the rules that guide the Postal Service in the course of discharging its role to the public.

The Board of Governors consists of eleven members. The President appoints nine of its members, and the appointment is subject to the confirmation of the Senate. The remaining two members of the Board are appointed by the nine members appointed by the President.

The Privileges Enjoyed By The Postal Service

The US postal is a quasi-government agency. It means that though it is a government-owned institution, it is independent of the government in its funding and operations.

Due to its unique status and connection with the government, the Postal Service enjoys certain privileges, which will be discussed below.

The US Postal Service also enjoys low-interest loans from the federal treasury and is free for the payment of some classes of tax. It can also not be sued in some suits.

They also enjoy other privileges like sovereign immunity, eminent domain powers, the exclusive right to deliver first-class and standard mails, and can enter into postal treaties with other countries.

What Causes A Government Shutdown?

The process of passing a federal budget is one that takes quite a lot of time. It is a process that requires the input of the President, Congress, and other governmental institutions. It is the process that determines the funding of the government and its activities.

Several factors result in delaying the budget from being approved. It is often as a result of political and economic interest of the various stakeholders in government.

At the start of a fiscal year, the President and other government agencies are required to submit their request for funding. A request for funding is a formal application specifying the amount of money needed for their operations. After the President has reviewed it, it is sent to Congress. Congress also considers it. The budget will be voted upon on the floor of Congress. Where the Congress agrees on it, it is sent to the President to assent to it and pass it into law.

The Effects Of A Government Shutdown

The primary effect of a shutdown is that it leads to a halt in many operations of the government. Federal workers stay back and home and do not go to work. It causes a lot of delay in several activities of the government

A prolonged shutdown affects the economy and destroys the credit rating of a country. As a result of no payment for federal workers, patronages for businesses that are more patronized by federal workers are bound to be affected.

When a shutdown takes place, so many employees are furloughed and are not paid. It has the effect of leaving persons and families that work for the federal government in great financial difficulty. As a result, they find it difficult to feed, pay their rents, and other bills.

One of the effects of a government shutdown is that it leads to a reduction in spending. In a bid to survive the period of shutdown, workers have to reduce their expenses to the minimum. The decline in spending affects businesses as they record lower patronage for goods and services.

Another impact of a government shutdown is that it becomes more difficult to recover loans that are due and also issue new loans to people. Government agencies begin to close down or reduce the scope of their operations.

National parks and monuments are usually affected by the government shutdown. It is because they do not fall under the essential workers. As a result, this affects businesses within the hospitality sector. Their business records a significant reduction in sales. How Much Is Tax, Title And License In Texas?
What Does Securing The Blessings Of Liberty Mean?