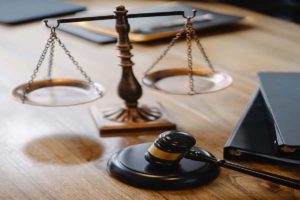 The origins of law have a long and storied past which has manifested into the systems of law we use today. Put simply, the code of law is the statutes, laws, rules, and regulations of an individual country compiled in one place, with each component given an individual code.

In the US, our system is known as the United States Code. Within the US Code, you can find the codified general and permanent laws we often hear referred to as ‘bills’ or Congressional Acts. Our US Code governs and articulates all laws, from domestic security and armed forces, through to the postal service and agriculture. The US Code is split into 54 different subjects and was most recently updated in 2018.

A Quick History Of Code Law

While the US Code was first published in 1926, and has recorded over 200 years of government legislating, its contents do not even begin to cover the history code law. To fully understand and define code law, we first need to look at its origins and the code law systems in place around the world. Most countries across the world enact one of two code law systems: Civil or Common Law.

Civil law originated from Roman Times and is the basis of most European legal systems. In Roman Times,  the civil law system generated a collection of laws that each territory of the Roman empire was required to subscribe to. It wasn’t until the Age of Enlightenment that a process of codification was properly introduced to truly harmonize national legal systems.

Most European countries have since amended and developed the civil codes of law to fit modern society. The biggest difference between the system used in Europe to the system we have in the US is that judges in Europe do not create and formulate new laws but simply apply the current versions of civil codes. Similarly, the role of attorneys in civil law is less about the presentation of the facts and convincing juries of their client’s innocence than it is about presenting their interpretation of the law to a judge.

In general, civil legal systems are less malleable and much less influenced by the persuasive abilities of lawyers and attorneys than Common Law.

Common law is a law system born in the era of British colonization by King Henry II. Used as a method to extend his powers, King Henry had judges collect and record local customs and laws to form its basis of legal code. Great Britain then exported this code to all colonies including the United States.

This common law system relies on judicial influence, case law, legislative bodies, and precedence as a basis. While it is not quite as regimented as the civil law system, common law does allow for easier access for argument, modification and interpretation of existing laws.

What Is Law Codification?

A noted difference between civil and common law is in the documentation and recording of laws. Codification is one of the main areas where the US legal system deviates from the UK system, despite both systems being based on common law. Codification is the process of documenting the rules, laws, and statutes in a centralized, single document. For the US, this is the US Code and Constitution, while the UK does not have a singular system of record and is therefore considered uncodified.

US laws and codes are recorded in chronological order from when they were originally passed into law. This allows for easy accessibility for both legal professionals and the public. In special circumstances, this chronological order also allows the court to refer back to the original intention of the law when it was created. This is to see if the law as written remains applicable and can viably be used in the current circumstance.

The US Code is updated every 6 years, with future editions passed into law through the democratic process. For a law to be added to the next edition of the US Code, it must go through a stringent process involving the Senate, the House of Representatives, and the US President.

The first step to adding a new law to the next edition of the US Code, a sitting member of the US Senate or House of Representatives must propose and seek approval of a new bill. A House Representative or Senator will propose the bill to their Chamber of Congress for approval. If it is considered viable, a specially assigned committee will be assembled to debate the merits of the proposed bill, any potential amendments, and any suggestions for improvements. Once the committee has had the opportunity to hold rigorous debate and discussion, a finalized draft of the bill is put up for a vote within the committee. The bill must receive the majority of committee votes to move forward to the next step.

If the bill passes the committee vote, it is then given back to the original Chamber of Congress for further discussion. The House of Representatives or the Senate will then deliberate the bill for validity, need, fit, and purpose, among other factors. Any further amendments and suggestions will be proposed in a special sitting prior to voting on the bill. When ready, the Chamber will take a vote on whether to pass the bill or not. If it is rejected, the committee will reconvene to discuss and make any suggested amendments.

In the instance that the bill is passed by one legislative chamber (i.e. the US Senate or the House of Representatives), it must be given to the other for further examination. In the second chamber, the proposed bill will face more deliberation for fit. Following the debate, the second chamber will take a vote on whether to pass the bill or not. However, if there have been any amendments suggested in the second chamber, it must be presented to the original legislator as both Chambers of Congress (both the Senate and the House of Representatives) must vote to pass identical bills.

Finally, once the proposed bill is passed by both Chambers of the US Congress, it can be forwarded to the US President and Executive Legislature. The President will then review the bill in its entirety, including any additional amendments from his office. From here, the president has three potential avenues of action:

In a very rare scenario, the Chambers of Congress can vote to override the presidential veto, but this must be voted for by a two-thirds majority in both chambers. If this majority is achieved, the bill will pass into law without the president’s support and will become a feature of the US Code.

Believe it or not, code law examples can be traced back to 2100 BC in the Mesopotamian era. The US Code is home to all bills, legislation, and Congressional Acts from the past 200 years, and continues to be updated every 6 years. It has accumulated a variety of decisions, accepted bills, and case laws that have been validated through Congress and now direct our judicial system.