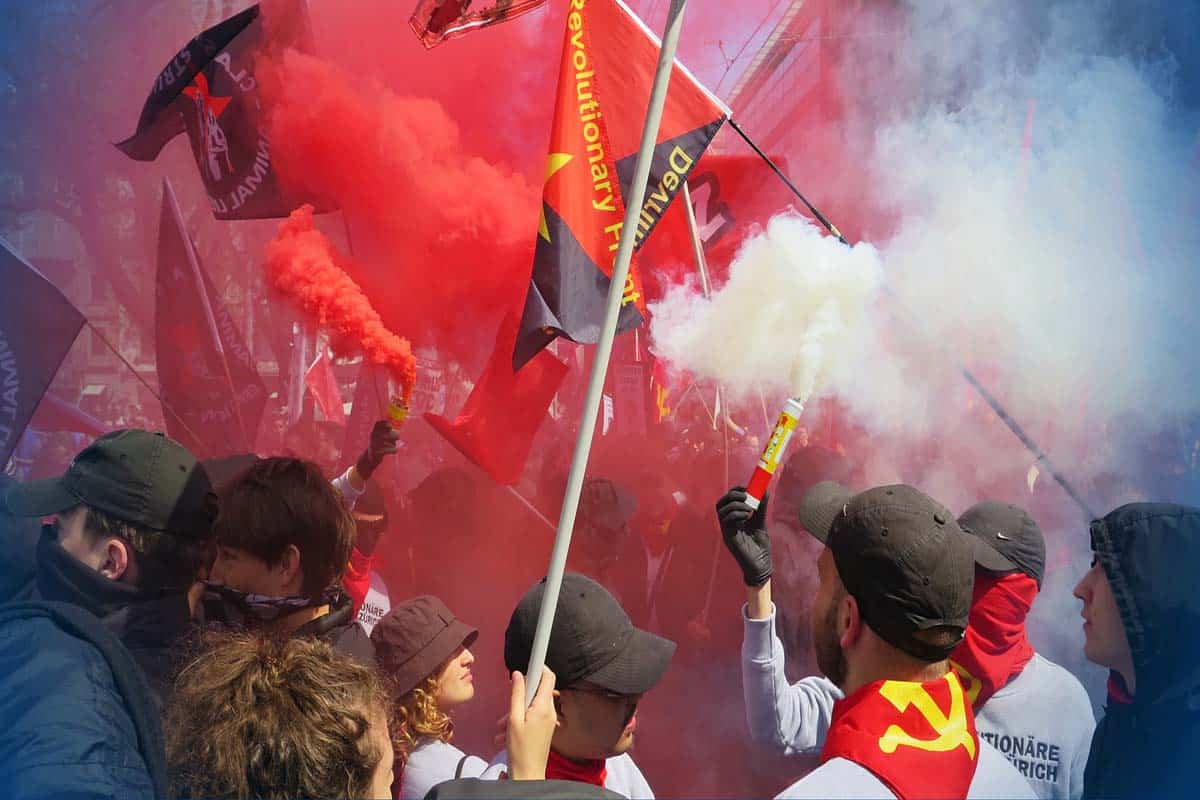 One can define Communism as the theory that advocates for the elimination of private ownership of property and economic equality. Marxism, on the other hand, is a theory that features a struggle between two major classes in society. Thus, it hinges on the inequality that exists in society.

Taking a look at Marxism vs. Communism

Let’s discuss more on this comparison between the Marxism vs communism.

The Idea Of Communism

The concept of Communism relies mostly on the beliefs and opinions of Karl Marx, who dedicated his entire life to destroying the social and economic suffering experienced in the society, as a result of the separation of citizens, by class in the capitalist society.

The Idea Of Marxism

Marxism forms the central element when one is analyzing the change experienced by societies in quickly developing countries. It originates from the inequality faced in the capitalist society. Marxism seeks to show how imbalanced the system was and how unproductive it would become, no matter how you try to amend it.

For Karl Marx, his primary concern was to paint a picture of a world where ownership of wealth and economic systems would shift from a few sets of the elites to a world where there could be collective ownership.

A Comparison Of Communism And Marxism

Marxism aims to enlighten the society of a better way of coexisting through Communism. Marxism is a philosophy that interprets history and events as being greedy and driven by individual aims and pursuits.

It shows that man’s need for survival has been a significant push to all he seeks to cause, produce, and influence. Communism will, in the end, see that the society thrives, void of selfishness, greed, and inequity, but through fairness and equality of all.

As Karl Marx began his study, in a bid to answer the questions that rocked the imbalance of capitalism, he soon discovers that his idea of capitalism introduces two classes of people. On the one hand, we have the rich and wealthy, in control of the systems of labor and profit. On the other hand, we have the poor and rather unprivileged folks whose primary duty is to serve as workers of labor. They usually bring the results of their work to the elite for regulation.

Under capitalism, workers sell the results of their labor in other to meet up with the demands of their families. The capitalists, in turn, sell the products of labor at values determined to be proportional to the amount of work invested.

The laborers receive payment of an amount, which is not proportional to the value of the products. Thus, it creates a vacuum for surplus value to exist. The surplus differentiates what the laborer gets and the price at which the capitalists sell the products.

Due to the greed of the capitalists, the workers might not always be able to purchase the products of their labor at affordable prices. Karl Marx describes that this brings about Alienation.

Here, the capitalist ensures that the workers and laborers do not own the equipment, tools, and machinery used in production. Thus, it removes that ability in them to determine the production process or, at best, the procedure which would suit the delivery of labor. It means that the laborers must sell these products to the capitalists who prey on their weakness.

He has little or no power in determining the distribution chain of his product and the value placed on it. On the distribution of his commodity, he may not be able to afford the product of his sweat.

The profit index of a capitalist system preys on the lower class of society. Thus, to correct the ills of this system, Marxism suggests a systematic approach to bringing down the Capitalist society.

The first stage involves a total revolution of the political and authoritative structure of society. It is because no matter how much one tries to introduce equality into the society, it always fails since the capitalists have more interest in the benefits of their actions over the lower class members in the society. By overthrowing the power systems, it will be easier to dictate who is in control of the economy and how they run society in general.

Here, a complete dictator kind of leader emerges who enforces his power into controlling and making choices in all activities for the citizens. He decides what best suits the society by making good laws and policies that would favor the entire landscape. His control would reflect in all areas, which include education, jobs, spouses, and so on.

By the time the new system has gained ground, the capitalist would have no choice but to submit to that which favors all instead of what would support their selfish interests. At this point in society, laborers can now put in an adequate amount of labor to receive products whose value is in line with a fair and just standard.

At this phase, everyone who remains is no longer conscious of gaining control over anything but has the mindset that everyone should have a fair share of all the goods the society hosts. Most often than average, we do not see in practice how countries achieve this system.

It is because of the existence of non-communists and those who still want to be in control of economic wealth. It hinders the full actualization of a communist society, in thought and practice.

Both socialism and Communism are similar in economic equality and ownership of goods; however, the latter works through democratic structures where the people elect representatives to be in control. Communism depicts an ideal society where everyone takes the reward for hard work.

Marxism shows how insufficient and inhuman a capitalist society can be. Karl Marx, in his study, identified a pattern from which societies could grow. His model predicts that Communism would rise and grow from capitalism. Even as Communism sometimes closely relates to socialism, socialism represents a society where the government owns and controls the systems of wealth and economic growth.

Marxism defines the classes obtained in a capitalist society with its production process and interests. For the capitalists, their primary concern is with securing power and making more profits off the labors of the workers.

The workers, on the other hand, line up for the wages and salaries they earn. The workers are the ones that are at a disadvantage here. The capitalists do not care about what happens. All they care about is the economic benefit they would derive.

Communism comes with a whole lot of benefits both for citizens and the country at large. These benefits include:

The control of labor by the government:

It brings sufficient regulation over the recruiting and value proposition of labor. Here, individuals do not turn to slaves but receive equivalent cost for the service rendered.

The government regulates critical sectors, like agriculture, which include machinery, equipment, and the entire industry. It means that the system does not cheat laborers out of grants and loans that would help boost their production.

Their goods can now gain international recognition with leading brands.t It happens this way because the sole aim of every government is to propagate its citizens to a height of success.

In this system, there is an adequate plan for development to go round, instead of limiting it only to areas where the elites choose to concentrate their efforts. It introduces the universal right of citizens to demand what is best for their districts or regions without fear. As all areas now control the wealth generated by them.

It promotes accountability for and stewardship over resources:

Since there is no restriction of control and ownership to a particular class, people can hold the leaders for mismanaged funds that they allocated to them.

By Marx’s ideology, the government now has supreme power and control to share equally the resources, which includes the profits of labor amongst regions of its country. However, during the lifetime of Karl Marx, he never got the opportunity of seeing the implementation of his ideas and theories.

As said earlier, Communism and Marxism share the same borders. When we look at Marxism vs. Communism, we understand that Marxism helps introduce Communism. Without the Marxist views, there can be no pure Communism. Countries like The Soviet Union and China have practiced Communism. Most third world countries are looking forward to practicing Communism.

Why Did Austria Declare War On Serbia?

What Was The Purpose Of The Civil War? Is Wall Street Journal Biased?
Which Is The Most Accurate List Of Mercantilism Rules?