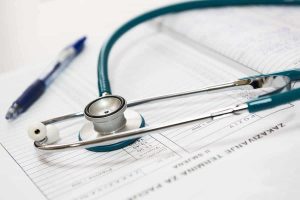 The question is, is it illegal to not have health insurance?

The Affordable Care Act Of 2010

This Act is the Patient Protection and Affordable Care Act and is also called Obamacare. The Act was enacted and signed into law in 2010. The essence of the Act was to create a reform in the health insurance sector and compel the providers of health insurance services to fix the same rate for their services.

The structure of the Medicaid, Medicare, and the employer market was not affected by the Act. However, it changed the individual insurance market. Other changes were also implemented that affected different parts of the health care system.

In spite of this, the individual Mandate did not apply to every group of persons. Illegal immigrants, people that were eligible for Medicaid that have not yet enrolled for it, those who opted out of Medicaid and those that their insurance coverage will not cost beyond 8% of their household income were exempted from the application of the Individual Mandate.

Asides the Individual Mandate, the Act also introduced the Employer Mandate. The Mandate taxed businesses with more than 50 employees that did not offer health insurance to their employees working on a full-time basis. The essence of this provision was to ensure that employers provide insurance coverage for their employees.

The Impact Of The Provisions Of The Affordable Care Act

The Act led to a drastic reduction in the number of persons that were not covered by health insurance policies. The Centre for Disease Control reported that between 2010 to June 2016, the number fell from 16.0% to 8.9%.

Also, taxes were raised as a result of the implementation of the Act. The money generated ran to the tune of billions of dollars. States began to run their health insurance marketplace. They either utilized the federal exchange or partnered with the federal government.

The Current Position On Health Insurance

States That Have Made Health Insurance Compulsory

The states that have made health insurance compulsory are New Jersey, Vermont, California, Washington D. C., Massachusetts, Hawaii, Maryland, Rhode Island, and Connecticut. These states have similar provisions as the Affordable Care Act regarding having health insurance.

Going by the current position, there is the need to examine the benefits or otherwise of making health insurance coverage compulsory for all Americans.

The Advantages Of Compulsory Health Insurance

Also, it encourages many persons to get health insurance coverage. It is because not having health insurance can be very risky. What would be the outcome if you happen to need costly medical care, but you lack the resources to pay for it? It merely means that your health and life will be jeopardized.

Making health insurance compulsory has the effect of reducing claims that are left unpaid. It also broadens the risk pool of healthy citizens.

The Disadvantages Of Compulsory Health Insurance

One of the downside to having compulsory health insurance is that you would have to keep paying for premiums that stay in your pocket even when you don’t use it, especially if you are young and healthy.

When health insurance is compulsory, it means that these persons that do not see the need to have one will be compelled to enroll for a health insurance plan. It makes little or no sense to be obligated to pay for something that you don’t want or can’t afford.

Do You Need Health Insurance Coverage?

Whether health insurance coverage is compulsory or not, the fact remains that you need to have it. Not having health puts you at risk in the face of a medical emergency. When you have health insurance, you can get immediate medical care. In the provision of medical care, insured persons receive better medical services.

Also, having health insurance means that you are entitled to better health outcomes since you receive premium health care services. When you or members of your family are not insured, you will not benefit from discounts on medical services that are available to persons with health insurance coverage. Thus, you tend to spend more on health care without health insurance.

Health Insurance Options Available To You

There are health insurance plans that are available under public programs as well as private programs. Public programs usually cover senior citizens, low-income earners that satisfy their requirements. Private programs, on the other hand, are either purchased for a group of persons such as employees or individuals.

Under the Public program, there is Medicare that covers persons of 65 years and above and persons with specific disabilities. There is also Medicaid, which covers low-income families and their children. CHIP includes families and children that are ineligible for Medicaid and cannot afford to pay for private insurance plans.

There are also other health insurance plans for individuals. The hallmark of it is to identify the program that best serves your needs. It is essential to review the various health insurance plans available for you before reaching a decision. Factors that influence your choice of an insurance plan are the benefits and perks of each, your income level, the premiums, out-of-pocket expenses, your eligibility, drug prescription coverage, pricing, quality of service, and the reviews about each insurance plans.

What Is A HIPAA Risk Assessment?

Save Money On Your Medications: Here’s How Is Candle Making A Profitable Business?
What Is Considered A High Unemployment Rate?