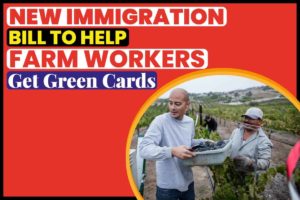 The House recently passed the Farm Workforce Modernization Act — legislation making it possible for undocumented farmworkers to apply for a green card. The bipartisan bill cleared the chamber with a 274-174 vote. Only one democrat, Maine representative Jared Golden, voted against the legislation, while 30 republicans were in favor. In contrast to the recently-passed American Dream and Promise Act, Republican leaders this time didn’t implore fellow GOP congressmen to reject the bill.

Pathway Toward A Green Card

The Farm Workforce Modernization Act is designed to to help undocumented farmworkers achieve the temporary status of Certified Agricultural Workers. Individuals must also have spent at least 180 days working in agriculture within the previous two years. It’ll also be possible for both spouses and children to apply for temporary status. By making a payment of $1,000 and performing extra agricultural work (depending on the time period they’ve already spent working in agriculture in the United States), the bill enables workers to secure a green card.

Easier Route To A H-2A Visa

The bill is also set to simplify the process of getting a H-2A visa, which is notoriously complex. Under the bill, only one filing will be required, rather than the three currently needed. H-2A visas allow foreign citizens to enter the country for seasonal temporary agricultural work. The qualifications needed to apply for the H-2A visa are strict requirements, and include proving the work is temporary and agricultural as defined by the DOL.

Farmworkers typically work in poor conditions with low pay and limited access to healthcare. Under the bill, the country’s future labor requirements would be supported by updating an outmoded system for temporary workers and implementing fair wages and safer working environments. Supporters of the bill also say “the changes will help bring hundreds of thousands of farmworkers out of the shadows, preserve the flow of migrant workers who are willing to do hard labor that Americans increasingly will not, and promote stability in the nation’s food supply that has become more urgent during the pandemic,” reports New York Times writer Nicholas Fandos.

An earlier version of the same bill was passed in the House in 2019, with 34 republicans voting in favor. In 2013, the last inclusive immigration bill raised passed the Senate, yet failed to pass the House. In fact, it’s been over 30 years since Congress last implemented widespread immigration changes. 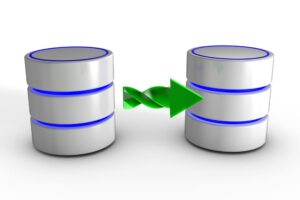 I Feel The Need, The Need For Speed: The History Of The Aviator Sunglasses
Things To Consider When Exploring A Career Change