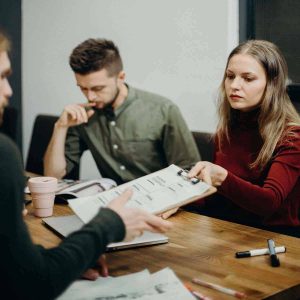 What is considered a high unemployment rate?

This figure does not include people who are marginally-employed or underemployed. If you add this category of people, you will find out that the Real Unemployment rate is about 8%. It, thus, suffices to say that in America, an unemployment rate above 10% is high. Some regions may experience high unemployment rates depending on demographics and other classification.

It is important to note that unemployment is one of the core economic indicators. This is because it helps show the inability of people to get employed for them to contribute their quota to the economy. The higher the unemployment, the less the productivity and output the economy experiences.

Also, unlike idle capital, unemployed workers will still have to consume at a subsistence level while unemployed. This implies that an economy with a high rate of unemployment will have a lower output without experiencing a reduction in basic needs. The high unemployment rate may be a strong indicator of a distressed economy.

Also, a low rate of unemployment indicates that the economy has the potential to produce. This would also mean that it will be able to maximize output. While also increasing wages and the standard of living.

What Are The Categories Of Unemployment?

Unemployment can be further subdivided into several distinct types. Here are the types of unemployment:

This type of unemployment occurs via technological changes in the economic structure that labor markets function. Changes like the automation of the manufacturing process or advent of drones instead of helicopter areal captures cause unemployment within the labor force. Also, retraining such people can prove to be quite a time consuming and expensive and such people become unemployed for a long period.

This type of unemployment is a product of the fact that the market process takes some time and the information can be quite expensive. Frictional unemployment thus occurs as a result of the difficulty in getting new jobs. It also involves difficulty connecting the right people to the right jobs.

This is the variation in the total number of unemployed people throughout economic situations. The rate of unemployment usually increases during periods of economic decline and recession. One of the core focuses of the study of economics is to understand the dynamics of cyclical unemployment and the use of the tools governments use to jerk up the economy.

This type of unemployment is a product of permanent or long term institutional factors in the economy. Things such as generous social benefits programs, high wages, occupational licensing laws, and discrimination in hiring are all contributing factors to this phenomenon.

When Is Unemployment Viewed As Problematic? 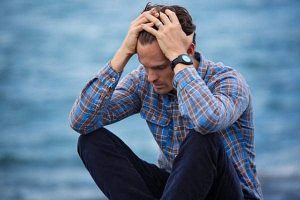 It is a fact that unemployment is an undesirable condition. High unemployment rates cause miserable lives. Thus includes an increase in poverty levels as well as lower standards of living. It also includes several pathological factors such as a high divorce rate, an increase in suicides, lower self-esteem, and the likes.

This is aside from the fact that it hits the economy in a very bad way. Looking at it from a macroeconomic point of view, it means that the economy is not using its resources and is thus functioning below capacity. High unemployment rates also affect the governments due to increased expenses on certain social insurance schemes.

In a situation where the employee exceeds the greatest level sustainable, wages will increase as people begin to see that jobs are surplus and as such, they will have bargaining strength. The increase in wages will mean an increase in the cost of production and this will lead to inflation.

How To Tackle Unemployment

Unemployment at different times has reduced in different parts of the world. Here are a few tips that should help in tackling this situation:

To solve the problem of unemployment, efforts to absorb a reasonable number of the labor force must occur. One of the main reasons why there is a high rate of unemployment in some places is that the industrial sector uses imported capital intensive technology.

There is the case of factor price distortions like higher wages for workers and cheap capital. The use of high capital technologies in industries has to lead to an increase in employment. It, thus, suffices to say that to encourage increased labor-intensive technology, monetary and fiscal concessions have to change.

A labor driven industrial growth is one sure way to decrease unemployment as currently experienced in some places. This would, yet, mean a disruption of certain processes and ideologies.

The major cause of structural unemployment is immobility. Certain policies such as apprenticeship schemes which focus on giving unemployed people the needed skills to find new employment must take place. There is the age-long issue of inadequate workplace training and it has reflected in the skill gap. It is thus imperative to state that the increasing and updating the skills of the populace is one sure way of making them mobile.

Several people do have the needed skills for locating new work. But, certain factors like the high cost of living, social and family ties and other differences in living costs make it difficult to change location. To tackle this, efforts to provide affordable housing in places where industrialization is at its peak should occur. This will serve as a mobility catalyst for people and enhance their chances of securing gainful employment.

This is a very important tool for reducing the rate of unemployment in an economy. Everyone is born with an innate potential to lead a revolution in their areas of strength. This is yet subject to the availability of incentives in this regard. It, thus, becomes the responsibility of policymakers to find ways to trigger these potentials. Large organizations like Google and Facebook which engage multitudes of people started as entrepreneurial ideas.

It becomes imperative to state that a high unemployment rate is a relative state subject to certain factors. As highlighted in this article, such an economic state can be changed using the right policies and approaches. The strength of any economy is a primary function of the well-being of its populace. Hence, it becomes imperative for economies to seek continuous ways to improve the standards of living of its populace.

Is It Illegal To Not Have Health Insurance?
Is Save The Children A Good Charity?