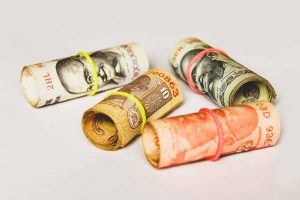 Monetary policy consists of the decisions and acts of the central bank of a given nation that influences the supply of money as well as the interest rates. It is a tool in the hand of the government to control inflation, reduce liquidity, and grow the economy.

Here, the actions of the government through the central bank are targeted at realizing the macro-economic goals of the government. It is believed that where the supply of money is adequately regulated, it leads to favorable economic impact. This is why it becomes necessary to regulate the circulation of money.

The question is, how does monetary policy affect interest rates?

One of the ways through which the government controls the supply of money in the economy is through the regulation of interest rates on investment, lending, and borrowing. Changes in interest rate do not; however, uniformly affect the economy. The effects of these changes usually differ from one industry to the other. However, some industries are more prone to be affected by these changes than others.

The various media through which monetary policies affect the interest rate are:

The contractionary policy is also referred to as the restrictive monetary policy. This is a policy that increases the short-term interest rate to reduce the amount of money in supply. This move by the government has the effect of reducing inflation. Here, the cost of borrowing increases, and there is lesser money in circulation.

The resultant effect of the contractionary policy is that it reduces inflation and reduces the prices of things within the economy. With this, it causes a higher unemployment rate as the snail pace of economic activity begins to affect companies, and lesser employment opportunities abound. However, it is believed that it is a price that has to be paid to ensure that the growth of the economy is sustained.

The expansionary policy is also referred to as the accommodative policy. This policy reduces the short term interest rate to increase the amount of money in supply. This move by the government has the effect of increasing inflation.

Flowing from this, companies find it easier to have access to more funds and begin to expand their business frontiers. In the course of expanding, the need for more workers increases. It thereby leads to an increase in the rate of employment.

The resultant effect of this policy is that it increases the rate of inflation, which is due to excess money in circulation. It also helps to boost the economy as more capital investments are made that further strengthens the economy.

Thus, when the government, through its policies, seeks to regulate the supply of money within the economy, it is at the same time seeking to regulate inflation. When the government seeks to control the supply of money, it does not necessarily begin to print new currency notes. Instead, it employs the use of other instruments to achieve the same goal.

One of the instruments used by the central bank to control the money supply is known as open-market operations. In this manner, the government gets involved in the buying and selling of bonds. It is a move made to facilitate access to loan facilities, and as a result, more companies can invest and expand their market.

Another instrument used by the government through its central bank to regulate money supply is through the regulation of the discount rate. The discount rate is the interest rate charged by the central bank on loans taken by commercial banks. This aspect has been exhaustively discussed earlier on.

Not all nations of the world frequently modify their reserve requirement as a measure to tackle the money supply. Nations like the United States, Russia, China, India, and Brazil fall into this category. It is based on the premise that the move of modifying reserve requirements to control the volume of money in circulation in the economy affects the financial markets.

The Role Of The Central Bank In Monetary Policy

The role of the central bank includes introducing, implementing, and monitoring of monetary policies. It is the only body vested with the powers to print the currency of a particular nation. The central bank also acts in a supervisory capacity over the commercial banks and is expected to discharge its responsibilities independent of any political control. 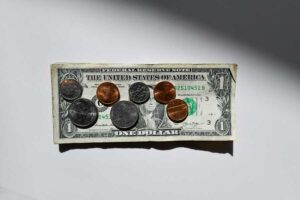 What Does Securing The Blessings Of Liberty Mean?
Is Investing In Stocks Worth It?

Can You Hide Followers On Instagram?: A Comprehensive Guide