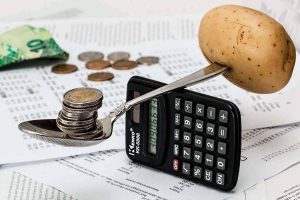 Inflation simply refers to the general increase in the cost of goods and services in an economy.  It is usually a result of a lack of balance in the buyer and goods ratio. This is a situation where the demand for services and goods is more than the supply. It should be noted that inflation is not always a bad thing. It is usually a good indicator of a properly functioning economy and the government often factors at a yearly rate of between %2 and %3 when dealing with inflation.  How do interest rates affect inflation? We will attempt to answer that and a few other questions today.

How do interest rates affect inflation?

Interest rate is simply the rate at which interest gets paid by borrowers for money gotten from borrowers. It, therefore, suffices to say that lower interest rates imply more money in circulation or borrowing thus making the customers spend more.  Also, the more money spent by consumers, the more the potential of the economy to grow. This invariably leads to an increase in demand or certain goods and services. The increase in demand which does not have a commensurate increase in supply will, therefore, lead to inflation.

On the other hand, higher interest rates will make people act more cautious and as such encourage them to borrow less and save more. Due to this reason, the money in circulation would reduce. With less money in circulation, people will find it less easy to purchase services and goods. With a demand less than supply, the price hike will stabilize and the prices may even come down sometimes.

Inflation is simply a situation where there is a sustained increase in the price levels of services and goods in an economy. In a situation where the general price level increases, each of the currency units tends to buy fewer services and goods. This thus leads to an adverse effect on the purchasing power of money. It also leads to a loss of real value in the medium of exchange as well as the unit of account in the economy.

The reverse of inflation is deflation which is a sustained reduction in the overall price level of services and goods. The means through which inflation is measured is known as the inflation rate. This is the yearly percentage change in the general price index over some time.

There is a belief among economists that hyperinflation is caused by an excessive increase in the money supply. There are multiple views as regards the factors that influence inflation. In the case of moderate or low inflation, it can be traced to changes in the real demand for services and goods. It may also be a result of the changes in supplies as in the case of scarcity.

What Is The Relationship Between Interest Rates And Inflation?

In the field of macroeconomics, both interest rates and inflation are often referenced. In America, the interest rate is always a function of the federal funds rate which gets determined by the Federal Reserve. Through its efforts to set the target or federal funds rate, the fed possesses a strong tool that can be used to influence inflation.  The tool is used by the Fed to contract or expand the money supply as required to meet stable prices, target employment rates, and steady economic growth.

What Is The Effect Of Increasing Interest Rates?

There are several effects associated with higher interest rates; here are a few of them:

1. An increase in the borrowing cost

When there is a higher interest rate, the interest payment on the credit cards and loans are more expensive. This, therefore, discourages people from spending and borrowing.  In addition to this, people who may already have loans will possess less disposable income because they spend more money on payments on interests. In such a situation, other aspects of consumption will fail.

2. An increase in the mortgage interest payments

There will be an increase in the interest payments that exist on the variable mortgages. This is Bound to have a huge effect on consumer spending.

How does inflation affect interest rates?

Over time, the prices of things will increase steadily. This simply means that your dollar of today may become stronger than your dollar of tomorrow. An instance of this is a situation where you bought a couple of candies with a dollar when you were a kid, but today that dollar may only buy one.

Lenders are very conscious of the fact that inflation has the power to reduce the value of money during the loan. This is the reason why they increase the interest rate as a way to compensate for the possible loss. This is the way via which lenders stay afloat even with the number of outstanding loans. Usually, adjustments are carried out on the interest to make amends for loses made.

Inflation comes with its numerous negative and positive effects on the economy. the negative implications of inflation include an increase in the overall cost of holding money. There is also an uncertainty in the possibility of future inflation which may discourage savings and inflation. In a situation where inflation was rapid enough, there will be a future increase in shortages of goods due to hoarding.

The possible positive effects of inflation on the economy an overall drop in unemployment due to nominal wage rigidity. This would, therefore, give the central bank the needed leverage to implement certain monetary policies. There would hence be more investments against money hoarding and the avoidance of inefficiencies that comes with deflation.

These days, many economists are of the view that a steady and low inflation rate is ideal. Low inflation rates help in lowering the effect of economic recessions by empowering the labor market to quickly adjust to downturns. The responsibility of keeping the inflation rates manageable is a core function of the monetary agencies.

How Can Inflation We Handled

Several tools can be used to control inflation. These tools include the control of money circulation, monetary policy, Fiscal Policy, Supply-side policies,  and wage controls.

A situation may arise where the government may increase certain taxes like VAT and income tax. This would go a long way in helping the government’s budgetary condition while also assisting to lower the demand on the economy.

In a situation where a country is faced with quick economic growth, the demand in that economy may become faster than it can meet up. This, therefore, leads to pressures of inflation because firms would jerk up their prices to meet up. This type of inflation can be called demand-pull inflation. In this case, all that needs to be done to lower the inflation is to reduce the aggregate demand. Another thing the Central bank could do is increase the interest rates. This would, in turn, discourage borrowing while making savings more attractive.

Having seen how interest rates affect inflation, it is imperative to point out that inflation is not always a bad thing. Inflation on its part can help stabilize the economy especially if it does not exceed certain limits. Also, as has been rightly pointed out in this article, it is imperative to point out that higher interest rates discourage people from borrowing and encourages them to save. This thus translates to less money in circulation which in turn affects the inflationary rate.

Are Personal Loans Worth It? Be Sure to Consider These 5 Points

How Important Is Saving? Lessons From 5 Surprisingly Frugal Celebrities Is Money An Economic Resource?
What Is Fit Taxable Wages?