Falling or failing certainly isn’t a desirable state. It doesn’t matter if you feel like you should give up or maybe your stress levels are on the high side, failure has a way of tampering with your confidence levels as a person. It can also make you feel rather depressed as well. It should, however, be noted that there are certain ways you can address the issue of failure so that you can deal with it and move on to better things.

There is every chance that you may begin feeling like a failure whenever you do not meet the goals and objectives you set for yourself. It should, however, be noted that feeling like a failure does not necessarily make you a failure. No matter how successful people may appear, they usually have their tales of woe. It is therefore important that you do prepare your mind for the possibility of failing at some point or the other in life. Failure is part of the learning curve. One of the indices people use to measure their failures in life is a situation where they do not attain their desired goals and objectives. It’s normal for you to feel a bit disappointed when you don’t hit the mark. There are times when you may want to beat yourself over this kind of situation.

Addressing The Feeling Of Failure In Different Situations

By default, we humans are social beings by nature. This simply means that our relationship with other people can have a profound effect on our feeling of self-worth. Having said this, it is unwise to attach your feeling of self-worth to any human being. When the feeling of worth is at the mercy of another individual, you stand the risk of depression. This is especially in a romantic relationship where the person appears to be your major source of joy. When such a relationship ends, it is not unusual to find some people even becoming suicidal.

It is ideal that if you must be in a relationship, it should be the one where you are not scared to be yourself.  Where you can openly express how you feel per time. Do not become overly dependent on your partner. Be mindful of the fact that your partner probably has other interests that may be different from yours. Also, in a situation where your partner seems to be in a bad mood, it does not mean that you have done something wrong most of the time.

Also, if your partner is the type that likes to put you down at the slightest opportunity, you should know that something is fundamentally wrong with such a relationship. It’s normal to be scared of losing a relationship especially if you have invested a lot of time and energy in the relationship.  But instead, see it as an opportunity for a new beginning.

Most adults spend at least 30% of their adult lives at work or working. It does not matter if they enjoy spending that much time at work or not, they are often confined to be there. In a situation where you do not feel as much appreciation as you would, your happiness may be affected. If you are the type whose work is a pointer to his or her identity, failure at work could have a rather telling effect on your life in general.

In modern society, it is quite common for people to view work as an important part of their lives. For instance, on the first encounter with most people, one of the first questions they often want to know is what you do for a living. But, you must understand that your work is not you, it is just a component of the things that make you solid.

One other important aspect of life upon which failure or the thought of it can be quite disastrous is in the aspect of academics. Quite several students often have suicidal thoughts over their failing grades. This is because of the societal pressure that expects students to churn out excellent results regardless of their prevailing situation or circumstances.

Some students struggle with their course of study due to a possible lack of passion. This is, in turn, leads to one poor grade after the other. But you must understand that the whole essence of education is to make you a better person. It, therefore, suffices to say that education is not you and you are not education. You will most probably begin to perform better when you learn to embrace it as a worthwhile challenge.

It doesn’t matter how bad your grades may seem at the moment, what matters is that you learn to appreciate and enjoy each moment as they come.

What Is The Psychology Behind Feeling Like A Failure? 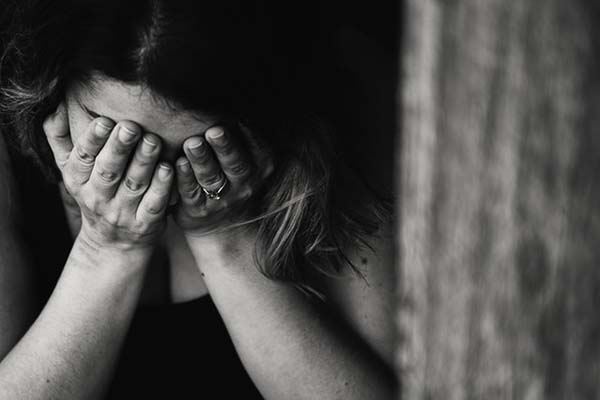 The fact is that there are not too many emotions that equate with feeling like a failure. The things we may view as minor issues in a person’s life may be a disaster in the eyes of the person.  There are many reasons why people may get a feeling of failure. For instance, you may scroll through social media platforms and find your old school buddies landing new employment, getting married, traveling around the world and the likes. Soon you begin to compare yourself with them and begin to feel bad especially when you feel like you are not measuring up.

You may also develop this feeling of failing when you attempt doing something you were initially not confident about doing only for you to fail at it. It could also be because you were rejected by a person you felt you wanted and then observe that you may have a pattern of rejection by people.

But, the feeling of failure is not always a product of a significant life event. It could be something as trivial missing school or even forgetting to pay the bills. Also, the failure we let ourselves feel most times is not equal to the event itself. It, therefore, suffices to say that feelings of failure are more about what is going on within a person rather than the events.

How Can You Fight The Feeling Of Being A Failure?

This is a feeling of being a fraud in certain situations. Have you ever taken a look at your life, your job, and your family and felt like you were living a complete lie? Then you are probably a victim of the imposter syndrome. There has been a rise in this feeling over the past few years mainly because of the rise in the use of social media which has made people to further compare themselves with other people. This article on BetterHelp will  give you little more idea as well.

This is simply an internalized feeling of failure which happens when a person forces another person into a state of helplessness. When the victim of this situation eventually finds out that they do not have personal control of the situation, they become subject to the helpless state. And soon, they become unable to improve themselves. This type of internalized failure is perhaps one of the worst around.

Some individuals thrive on the fact that they are failures. And instead of seeking ways to improve or leave that state, they tend to glorify their conditions. Such people often have the perfect explanation as to why they cannot escape the state wherein they find themselves.  This absolves them of whatever responsibility for their life and happiness.

If you seek to overcome the feeling of failure, you must work more on your inside because it is fundamental. You also have to change the way you view failure. You also need to have a better view of your place in the world and your ability to determine your path. To overcome your anxiety of failure, there are a few things you must know. The first is that your body and mind are connected. Also, recognize that your words and thoughts are quite powerful. And finally, know that failing and just feeling like a failure are two things that usually are different.

When you feel like a failure, take it for what it is; a feeling! Don’t be too hard on yourself. Work on your inside; be contented and happy with each moment as they come. Remember that tough times do not last, tough people do!

Guide To Anniversary Gifts For Men

Seven Tips For Pedestrians For Staying Safe While Walking

Is Damn A Bad Word? Setting The Record Straight Does Life Get Better?
How Does Culture Influence Behavior?