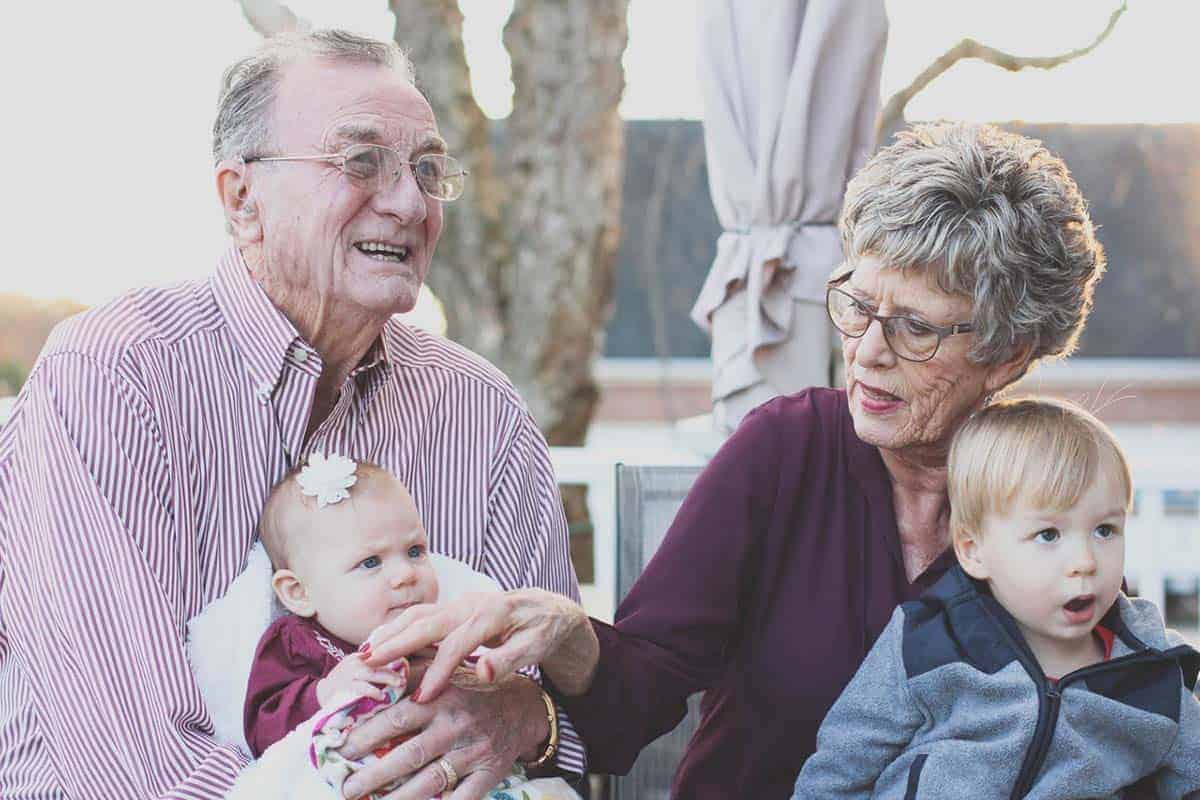 Sometimes, we consider grandparents as a good replica of a child’s parents. They can effectively play the roles of babysitters, a child’s guardian, or in most cases, as the parent of a child. Children usually look forward to visits from their grandparents, because they are kinder and less restrictive versions of their parents. Grandparents could either be paternal or maternal.

The question is: what are paternal grandparents?

Keep on reading to learn more!

In a situation where the parents of a child are unable or unwilling to provide the necessary care that a child needs, grandparents are likely the best option to take full responsibility for that child. The inability of the child’s parents could be due to marriage problems, financial difficulties, death, etc.

In most cultures, especially traditional cultures, grandparents are a regular part of a child’s life, and they also engage in the upbringing, nurturing, and care of the children. Grandparents share over 25% genetic similarities; one can consider them to be second-degree relatives.

Different Types Of Grandparents’ Involvement In The Lives Of Their Grandchildren

They are grandparents who do not live with their grandchildren in the same house. Sometimes, they come to take care of them either by babysitting the grandchildren, picking them from school, taking the children on summer breaks, etc.

They are the grandparents that live with their grandchildren, including the parents of the child. The household is what we can refer to as a three-generational household.

Co-resident grandparents are most times living with their grandchildren because of financial issues; some might be suffering from a disability or illness. The above reasons are from research done using data from the American Community Survey (ACS), the Current Population Survey (CPS), the Survey of Income and Program Participation (SIPP), and the 2010 Census.

It is the grandparent that takes care of the family. The parents might or might not be present in this particular type of household. About 33% of the children in the US who stays in a grandparent-managed household live without their parents. It is worthy to compare it to an additional 30% who stay with their grandmother or one parent only.

These grandparents take full responsibility for the welfare and wellbeing of their grandchildren. Sometimes, they do this without any aid from the grandchildren’s parents. It usually happens where the parents of the children are dead, divorced or poor.

It is a fact that grandparents accept the primary responsibilities for their grandchildren for different reasons. The reason could be when the children are suffering from abuse or neglect from their parents. It could also be if the parents of the children suffer from alcohol addiction, or their job requires the parents to relocate, or if the parents died, etc. Parents most likely keep in touch with their children in some cases.

The Impact Of Grandparents’ Involvement In The Development Of The Child

When it comes to the development of a child, grandparents play vital roles, especially if they are custodial grandparents. They help provide mechanical support such as feeding the children, picking them from school, and also emotional support if, needed.

Grandparents can be of a negative or positive impact on child development. Research has shown that adolescents and children trained by their grandparents are stable emotionally, very well behaved, have better wellbeing, are academically engaged and are prone to helping others.

Some research studies indicate that children trained by their grandparents tend to associate with many peers and have hyperactive difficulties among other children. It shows that the children taught by their grandparents can easily have difficulties with interpersonal relationship. They also tend to have poor health outcomes which include obesity, and lots of injuries caused by maybe lack of adequate safety measures.

How Caring For Their Grandchildren Affect Grandparents Negatively

Taking full responsibility for one’s grandchildren can be a very demanding job that requires you to devote lots of energy and time to the process. Actively taking care of grandchildren could affect the grandparent’s emotional and physical health.

Apart from physical health challenges, they are also liable to have emotional issues. Different types of negative emotions such as anxiety or depression could spring up as a result of the overwhelming experience and stress in taking care of grandchildren.

Training the grandchildren attracts more responsibilities which might leave the grandparents worrying about who will continue to take care of the child if the grandparents were to become incapable in the future, maybe due to any disability or due to death.

Studies show that where grandparents struggle to deliver the appropriate care for the wellbeing of their grandchildren, it can eventually become stressful or burdensome, and cause severe emotional and physical health challenges to the grandparents.

How Caring For Their Grandchildren Affect Grandparents Positively

Overseeing their grandchildren helps the grandparents develop and sustain higher mental capacities in life, which also exempts them from developing diseases such as dementia, which is common with aged people.

Also, the frequent communication with the grandchildren can decrease the cognitive ageing process, enabling the grandparents to live a more active and vibrant life. The grandparents get to engage in more physical exercises during this process.

Cultural Comparisons Of The Role Grandparents Play In Childcare

The role grandparents play in childcare varies in the Eastern and Western cultures. It is a common phenomenon in China for grandparents to take care of their grandchildren due to the Chinese culture, which emphasizes collective wellbeing, family harmony, filial responsibilities, and intergenerational exchanges.

China’s uncommon philosophies, Taoism and Buddhism act as essential roles in constituting these cultural ethics. Taoism emphasizes on the significance of peaceful interpersonal relations between humans and nature. Meanwhile, Chinese Buddhism prioritized congenial ties between family members and the role of a family in society.

The different philosophies emphasize the vital role a family plays in the Chinese tradition. Apart from cultural factors, grandparents can also take care of their grandchildren on the basis that the parents need to work full time, and child care services might be too expensive for them to afford.

However, in the US, each ethnicity has principles they follow. Latin and African Americans regard the care of grandchildren as family culture, and they are willing to assist their adult children when necessary. Caucasians, on the other hand, view individual independence as a critical factor, so grandparents might not take full responsibility for their grandchildren.

Can Americans Be Knighted?

Why Is Individualism Important?

How Has COVID-19 Affected The Personal Relationships Of Veterans? Why Libertarianism Doesn’t Work?
Can Dreams Tell The Future?