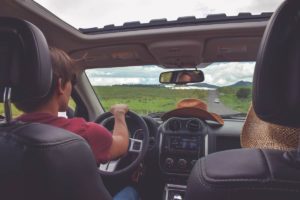 If you’re the parent of a teen driver, it can be highly anxiety-producing, to say the least. Most teens are excited to get their license, but they are the riskiest drivers on the roads.

Research shows the number one cause of death for American teens is car accidents. Teens between the ages of 16 and 19 are four times more likely to be in a deadly car accident than adult drivers.

Sixteen-year-olds have the highest crash rate of any demographic, and that risk goes up with every additional passenger in the vehicle.

Teen drivers lack the experience to manage a lot of situations when they first get behind the wheel, and they’re easily distractable. Teens don’t recognize hazards, and they have a more challenging time controlling their vehicles than experienced drivers. Teen drivers are also less likely to slow down to compensate for problems with visibility or poor road conditions.

Of course, there’s no way for a teen to become a better driver without practicing. Plus, when teens drive there are benefits, including more independence and accountability.

Luckily for parents, some technology’s making it safer for teens on the roads and giving parents peace of mind.

The following are some of the ways we’re seeing technology help keep teen drivers safer.

What Automakers Are Doing

Carmakers and software developers are working on making vehicles safer for everyone, but in particular, teen drivers.

Researchers have been looking at the possible benefits of this kind of technology for several years. For example, researchers analyzed teen driver passenger-vehicle crashes on U.S. roads from 2016-2019. They looked for scenarios relevant to three crash avoidance features—front crash prevention, lane departure warning and prevention, and blind-spot monitoring.

The teams also looked at three types of technology designed for teen drivers—speeding prevention, nighttime curfew notifications, and reminders or interlocks to encourage the use of seatbelts.

Front crash prevention, lane departure technology, and blind-spot monitoring could be helpful in around a third of teen driver deaths and around ¼ of injuries.

Vehicle features and apps designed for teen driving safely might apply to almost 1/3 of injuries and 2/3 of teen driver deaths.

Will This Technology Be Widely Available?

By 2023, it’s estimated that only around ¼ of vehicles on the roads in the U.S. will have features like lane departure warning and blind-spot monitoring. Teens driving older cars are going to have fewer safety features to protect them.

Even when vehicles have some of these features already, parents don’t know they’re available.

For example, IIHS conducted a study of parents with vehicles with the MyKey suite of safety features. Only a little over half of the surveyed parents knew the technology was available, and among parents aware of it, around a third said they didn’t use it.

General Motors has a team working specifically on teen driving technology. Safety engineers are looking at what makes teens, specifically, so unsafe behind the wheel and trying to combat these issues.

GM engineers, as a result, created Teen Driver, which is a virtual backseat driver. The technology provides updates to teens and parents on performance on the roadways and needed areas of improvement. Parents can control limits on speed and audio levels. They can also set up speed alerts urging their teen to slow down.

Volkswagen and other car companies are working on their own versions of teen driver technology.

With that comes the question of what options are available if you can’t afford a brand new car for your teen equipped with high-level safe driving technology.

If getting your teen a new car with safety features isn’t an option, you can still use technology to promote safer drivers. There are some great apps just for this purpose.

For example, the Life360 app can keep you connected to your teen. There’s a driver safety mode that monitors locations and tracks speeds. Your teen will get an alert if they’re engaging in dangerous driving behaviors, like speeding.

Another app is DriveMode from AT&T. DriveMode silences notifications automatically when it senses that someone is driving.

Apple recently released an update from iOS that detects when you’re in the vehicle, silencing app and text notifications.

Along with technology, as a parent, there are other things you can do to promote safe driving by your teen. While technology is helpful, it doesn’t replace teaching your teen the road rules and reinforcing good driving habits.

You can use resources like Keys2Drive from AAA, which is an online teen driving resource for parents. It’s tailored to your state, and there’s also a distinction for each step of progress in the new driver experience.

You can learn how to teach your teen to drive and how to talk with them about risks. There’s also a Parent-Teen Driver agreement.

Overall, as a parent, when your teen is beginning to drive, there’s no way to alleviate all your worries. What you can do is lean on technology to promote safety and also make sure you’re working on teaching your teen the skills they need to navigate the roadways.

Update Your Wishlist With These Games
How To Find All The Robot Spies In Ratchet And Clank: Rift Apart?