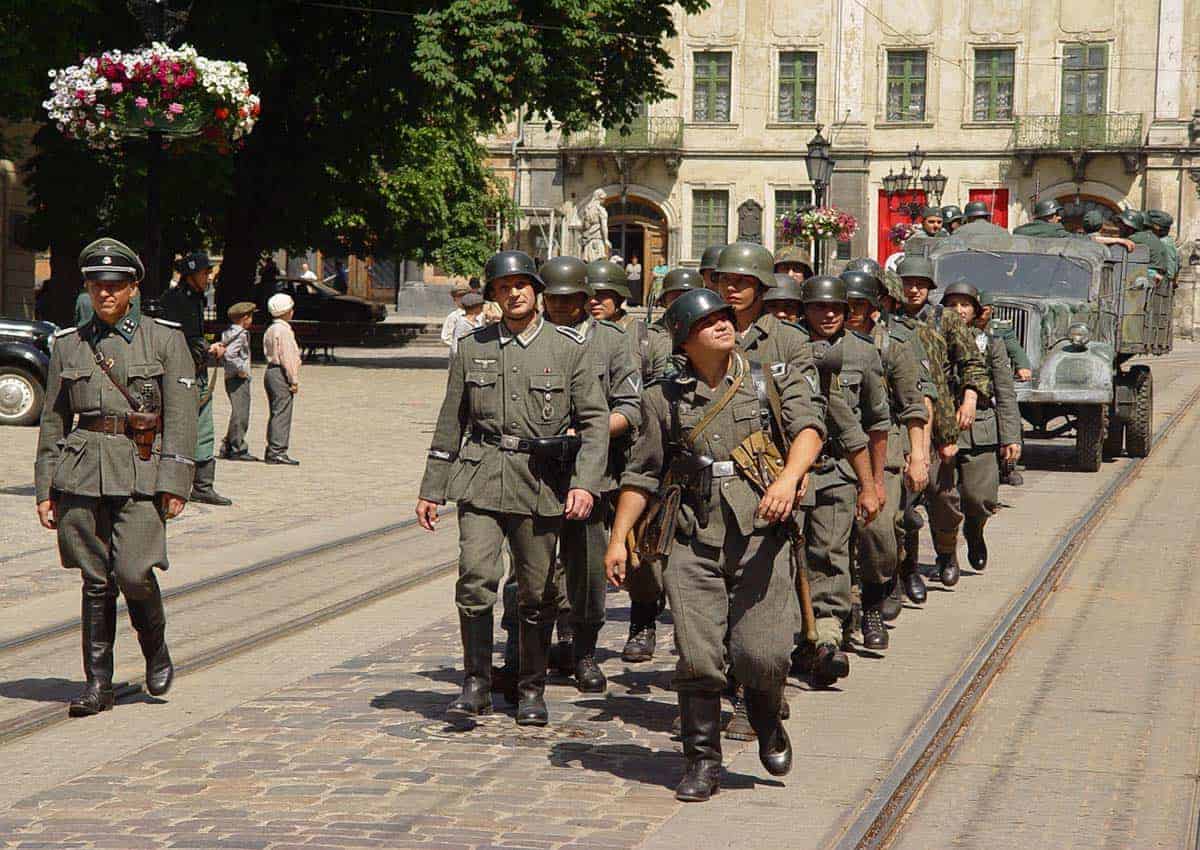 Fascism and National Socialism are both systems of government. They are similar in several ways. Racism seems to be an issue that is common to both systems. So, for better understanding, we will be explaining the difference between both terms. I am sure you will understand better after reading the explanations.

What is the difference between Fascism and National Socialism?

Continue reading to get more information about this topic!

The concept of Fascism is one that has many interpretations from different quarters. However, most of the definitions of Fascism hold the view that Fascism is a system that promotes a one-party dictatorship. It is authoritarian and seeks to encourage nationalistic tendencies at all levels.

Fascism as a system of government anchors on several factors. We must take a look at these elements to have a clearer picture of the Fascist regime.

One of the elements of Fascism is authoritarianism. It has the principle of authoritarianism at its core. It explains the exercise of dictatorial power and absolute disregard for democracy in a Fascist state.

Another element of Fascism is nationalism. It respects the concept of the state as an entity that binds the people. It also anchors on totalitarianism. It does this by abolishing a system of multiple parties within the country, thus, entrenching a one-party system that has absolute power.

One element that is traceable to the system of Fascism is discrimination against women. The system relegated the role of women to just child-bearing and domestic roles and did not deem them fit to get employment into other positions. The government came up with policies that rewarded women for increasing the population by giving birth to more children. It did not encourage the employment of women in other ventures. It took steps to reduce the rate of working women.

Other elements of Fascism are modernism, the glorification of the military, repression of public opinion, and intensified fear in the masses.

What Is National Socialism?

Nazism is another name for National Socialism. It is a system of government that has deep ties with Adolf Hitler and the Nazis. It also promotes a dictatorial system o government.

A component of National Socialism is racism. National Socialism exalts their race above the interest of the state. It is a system that anchors on the supremacy of the Germans and believed that the Aryan race beats all others in the quest for power. It called this race the master race all over the world.

Like the Fascist system, it also had little or no regard for the place of women in the workings of society. Other elements of this system of government are its opposition to homosexuality, hatred for communism, and anti-capitalist tendencies.

Similarities Between Fascism And National Socialism

Fascism and National Socialism as systems of government both have collectivist tendencies. They both have the concept of collectivism at their core. It merely means that under both systems of government, the government or state has ownership and control over land and other resources. Due to this fact, they tend to be a dictatorship in nature as the leader wields all the power, controls the factors of production, and determines how to exercise military force. Therefore, the people have little or no say in how the party runs the affairs of the state. They do not have fundamental rights like freedom of expression and the right to influence the affairs of the country through public opinion etc.

Another similarity between both systems of government that is worth noting is the practice of totalitarianism. The control of the government over the state is total and applies to all spheres of life. Leadership in these systems does not only regulate and control the public life of its citizens. It also monitors and controls their public lives.

Both the Fascist and National Socialist systems understand the place of religion in the lives of people and do not seek to deliberate tamper with it. However, when they intend to venture into religious issues, they do that cautiously as they realize the level of importance people attribute to religion.

The Fascist and National Socialist systems were both as a result of the resentment they harbor towards the people uniting and stirring up a revolution. As a result, oppressive tendencies seem to be their stock in trade to subdue the people and exercise absolute control, thereby silencing the voice of the people.

The Difference Between Fascism And National Socialism

National Socialism seems to be racist. Initially, it didn’t start as a racist movement. Over time, influences from its relationship with Hitler and the Nazis introduced an element of racism into its operation. Fascism, on the other hand, does not have a racist tendency. However, in circumstances where it did, the same was traceable to ties with the Nazis. National Socialist states were more concerned with issues relating to race, while the Fascist was not.

National Socialist systems perceive the party to be of greater importance than the state. In its hierarchy of authority, the party comes before the state. The state only happens to be a channel through which the party exercises its powers. The Fascist system, on the other hand, holds the state in the highest esteem. It exalts the state above any other interest and is nationalist in its operation.

Fascism exists as a form of Socialism. However, National Socialism is a form of Fascism that has absolute disregard for the people and their input in governance. It is not surprising that it is profoundly racist and displays racism in its system of governance.

Another difference between Fascism and National Socialism lies in their approach towards modernism. Fascism is a system of government that was receptive to modernism. It embraced art and all forms of creative expression. National Socialism, on the other hand, was not responsive to modernism. To them, it represented a way of neglecting their cultural heritage. In light of this, they only promoted creative work that showcased their culture.

The Origins Of Fascism And National Socialism

Fascism is traceable to the regime of Mussolini, an Italian journalist. Mussolini was initially a member of the Socialist Party. He stopped being a member of the party when he went to fight in the First World War. At the end of the war, Mussolini ascended to the position of the Prime Minister under a Fascist system. He was the one that coined the term fascism.

The Fascism system of government was entirely his creation. He developed the ideologies of Fascism and remained the pioneer to all that Fascism represents. History believes that it is also the factor that influenced National Socialism as a system of government. The Most Important Tech When Caring For The Elderly How To Handle An Aggressive Or Violent Child Head Of State Vs. Head Of Government: A Guide
Can Americans Be Knighted?
Comment

The Most Important Tech When Caring For The Elderly

How To Handle An Aggressive Or Violent Child