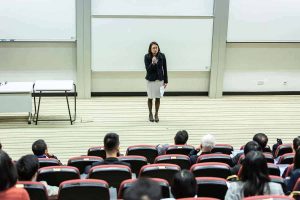 Writing a debate does not need to be a complicated task. A debate is a forum where a structured discussion is held on a particular subject matter. Here, speakers have the opportunity to make their arguments in support or otherwise of the issue at hand.

In a debate, the opening statement is one of the essential parts of the debate. Thus in answering the question, how to write an opening statement for a debate, it should be noted that one requires significant effort to write it. It would be best if you also considered writing the opening statement in a manner that captures the attention of your audience. You can start by stating an interesting fact, a profound statistics, a quote, or any statement that has the power of stirring the curiosity and interest of the audience in your direction for the rest of your speech. Read on to learn more techniques to adopt in writing a debate.

Techniques And Styles For Writing An Opening Statement

One pattern of writing an opening statement is to start your debate by giving your audience a road map into the rest of the discourse. Using the opening statement as a strategy to achieve this requires that you have a holistic overview of what you intend to say. With this technique, you present an opening that draws the audience to the direction you want. You also have to get them curious enough to follow you through to the end of the discussion.

Another technique is to employ the weapon of storytelling. Starting with a well-scripted story that plays out real-life scenarios in the mind’s eye of your audience is necessary to get your audience interested in what you intend to say. A good story should be a perfect blend of emotions and meaning. It must be a short story that relates to the theme of the debate. A long story will be unnecessary and would take up space and time you could have used to talk about your other points and bolster your arguments.

Starting with shocking statistics is a way of getting your audience to sit upright and pay closer attention to what you have to say. It explains why statistics are often introduced into the opening statement by great speakers. The statistics should be one that is at the core of the subject matter for discussion. The other points to be discussed could focus on querying the statistics and what one should do about it. Different dimensions to the statistics used could also be extensively discussed in the debate.

One can also use a famous quote, a proven statement of fact, or a new development in the topic area of your discussion to start your speech. However, the hallmark is to secure the attention of your audience. It would be best if you got the audience to stay with you until the end of your speech.

What Do You Seek To Achieve In An Opening Statement?

An opening statement serves to capture the attention of the audience for the rest of your speech. You use an opening statement as a means to show the reason your audience should listen to you. Otherwise, the persons could be seated in the room, but their attention would be somewhere else. Any of the above techniques, when used effectively, will help you achieve this.

Another purpose of an opening statement is to prepare the mind of the members of the audience. They need to be ready for the information with which you have to feed them. If you center your speech on a controversial subject matter, then the opening statement should seek first to tackle the possible objections in their minds that that does not favor your point of view. That way, their objections are eradicated or at least weakened to make them better disposed to hear your views. In trying to achieve this purpose through your opening statement, the emphasis will be on locating loopholes in their opinions. The gaps can be easily exploited in favor of your perspective and make them more responsive as you introduce your view to them in the course of the discussion.

Some debates are moderated by the host or another person designated for that. In this kind of debate, the speakers receive enough time to give their opening statements before the moderator starts asking them questions.

There are also town hall debates, club debates, school debates, and other variants.

General rules for a debate

All participants of a debate are required to be fair to each other in the course of the debate. Unruly behaviors and talks that seek to attack the person of other participants are not allowed. All attacks should be directed at the arguments of the adverse party.

It is a known principle that he who asserts must prove. Going by this principle, it becomes imperative for you to verify the assertions and facts you use to support your views. The application of this rule enriches the credibility and honesty of your arguments. That way, the audience is likely to be swayed in your favor.

Every debate, whether it is a social or political debate, has a formal structure that must be followed. It might also have preliminary activities that each participant has to engage in before they can participate in it. In these circumstances, a participant must comply with these requirements. He must also carry out these activities as a precondition to being a part of the debate.

Usually, in a debate, the participants are allotted time to present their views and are expected to give their speech within the specified timeframe. The essence is to introduce fairness into the debate by ensuring that the participants have the same opportunity to present their arguments. Thus, they are expected to be straightforward in their delivery to maximize the use of their time. The issue of timing should be born in mind when writing the speech. Otherwise, the speaker will end up not completing his speech before the time runs out.

It violates the rules of debating for a participant to interrupt another participant in the course of his speech. All the speakers at the debate are given their speaking slots; thus, one speaker cannot stop another halfway through his speech.

Some debates require participants to turn in their papers before time. Where this is the case, the writing of the debate paper has to be concluded earlier enough for it to be reviewed adequately before turning it in.

Top Use Cases Of Bitcoin Blockchain Technology In Education

Bitcoin Education For The Indonesian Population

Can A Democrat Vote For A Republican?
What Was The Purpose Of The Civil War?