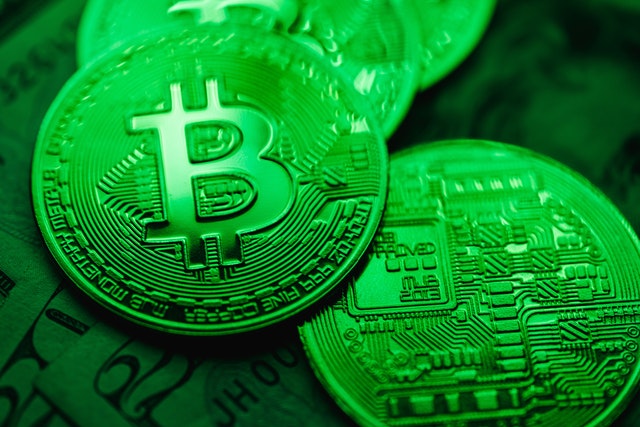 Cloud mining is a great way to earn a bit of passive income and to get your foot in the door when it comes to cryptocurrency mining. However, it requires a lot of initial investment at first, since it uses quite sophisticated equipment.

Luckily, there’s a way to get started without having to invest early on. This is done by entering into a cloud mining contract. That way you won’t provide the equipment yourself, but you need to let go of some of your profits and rent the proper equipment and maintenance services.

Cloud mining is a process for creating cryptocurrency without using your equipment. It allows users to rent the equipment that’s bought, used, and maintained by someone else. There’s a variety of contracts available at Truely and you can choose based on the quality of the equipment as well as how much of the funds you’ll need to use for renting costs.

The process is also sometimes called hashing because of the technical term used to produce the coin. It’s called cloud hashing or cloud mining since the mining is done remotely in a cloud.

The biggest problem when it comes to mining on your own is in the heat that is produced during the process. This is a waste and one that you need to deal with, by investing in cooling equipment. For the most part, it means you’ll need to rent additional space in which to mine since it’s not safe to do so in your home or office.

Cloud mining contracting avoids this altogether since it’s not up to the users to deal with the heat or the danger it produces. The space and the cooling are therefore the biggest expenses the contract will cover.

Humming noise is another common byproduct of coin mining. When you have a large mining facility humming becomes unbearable and it’s one of the main reasons you need to prepare dedicated space for it. It also needs to be far away from the populated areas so that it doesn’t bother anyone.

It’s also a benefit of getting into a cloud mining contract since the facilities are already secured for you and there’s no reason to worry about how they are affecting those around them (and in most cases, they won’t at all).

What to do With the Equipment

One of the issues that face those who mine using their own equipment comes from the fact that they don’t know what to do with the equipment once the mining process is completed and there’s no more use for it. It’s also a problem that comes up when the value of the coin drops.

The equipment loses a lot of its value when it’s used and many users are stuck with it without the ability to sell it quickly and for profit. None of this is the issue when you don’t own the equipment in the first place.

No Control Over Software

It’s also important to consider the limits that come with using a cloud mining contract. For instance, you don’t have any control over the software which is being used for mining. When you’re using your own equipment, you get full control of the whole process including the software that’s being used.

There are ways to learn about the cloud mining service you’re using however and to only focus on the services that suit your needs and that you’re comfortable with. This is still much less control than you would get on your own.

The Contracts Can Be Terminated

Entering into a contract for cloud mining also means you’re depending on the other party. This in turn means that the other party can terminate the contract on their own if they aren’t able to continue providing the service. They can also do the same when bitcoin is no longer profitable.

This doesn’t always mean you’ll be left without any profit. The terms and conditions that you agree upon can stipulate that you get a payout when the contract is terminated early. This may not be as much as you may have hoped for.

Profits will be lower when you rent the mining equipment and use the cloud mining contract instead. This is because part of the profit will be sunk into the cost of the contract itself. This is true, but that’s also the price that you pay for not having your own equipment.

It’s a matter of balancing between these costs and the cost of the initial investment that comes from purchasing the equipment. There are also costs of labor and administration that you won’t need to deal with on your own, but that eventually come out of the potential profit.

No Fun for the Tech Geeks

Coin mining is the cutting edge in IT and financial technology and it’s where those who care about the tech behind it are at. Part of the fun for the tech geeks is in the technology itself and in building up and managing the farm yourself.

If this is what attracts you to bitcoin mining, a cloud mining contract isn’t for you since none of those will be done or organized by you. It’s more of an option for those who are there for the profit of it.

Should You Do it?

There are numerous advantages to using a cloud mining contract instead of mining the coin yourself. These come from the fact that you outsource a lot of the heavy lifting, which requires initial investment and work with the system that someone else has already established for you.

This is also why you’ll earn less with this arrangement, but you’ll be able to earn faster since there’s no time lost to setting up the mining facility. This approach also gives you much less control and can even be stopped without you. The decision is up to each user individually but there’s something to be said for cloud mining.