Said to help overweight people lose weight when accompanied by a healthy diet and daily exercise, the prescription weight loss drug Ozempic is engineered for adults with type 2 diabetes. It is not only used for effective weight loss, but also to improve low blood sugar levels.

But for all its positives, is Ozempic a safe drug? According to a recent report by the New York Times, safe or not, the drug has been getting a lot of attention as of late. More and more people are said to be turning to the prescription diabetes medication with the goal of losing weight. But doctors warn, it is not a miracle drug.

Enter The Food And Drug Administration

In 2017, the Food and Drug Administration was said to have approved the prescription injection medicine for treating diabetes. But in 2021, the agency approved a drug with a larger dose of an active ingredient in Ozempic known as Semaglutide which is said to fight obesity. It was sold under the name Wegovy.

Since that time, there has been a lot of chatter about the drugs on the internet. Celebrity billionaire Elon Musk was asked how he managed to stay so fit and trim. He attributed it to Wegovy. Andy Cohen created social media posts about the growing popularity of Ozempic. And in September of 2022, Variety Magazine noted that many producers, actors, and other entertainers were hailing Ozempic as a miracle drug.

Tik Tok was flooded with posts using the hashtag #Ozempic which was said to be achieve close to 300 million views. However, many people were Tweeting about their shock over the rapid weight-loss product. They were also telling stories about side effects.

As a result of all this online attention, the F.D.A. is listing Wegovy and Ozempic as drugs in limited supply. Said a representative for Noro Nordisk which produces both drugs, the overwhelming demand for the meds has created a supply constraint on the global supply. While the Wegovy supply problem is expected to be resolved in short order, Ozempic is still experiencing short supply issues.

Prescribing Drugs for “Off-Label” Use

Says the New York Times, it’s not out of the ordinary for physicians to prescribe certain meds for what’s called off-label use. That is, for a purpose different from what the medicine was originally designed.

With interest in Ozempic increasing daily, many doctors have concluded that patients want to take the drug for rapid weight loss. They will do this by either seeking out the drug online or by asking a doctor to prescribe it on their behalf. What this means is, people are liable to take the drug not for health reasons, but for vanity only. This is not a good situation for patients who require the drug for their Type 2 diabetes.

Wegovy and Ozempic are engineered to be injected in arm, thigh, or stomach on a weekly basis. The Semaglutide in the drugs will regulate insulin and blood sugar levels. This is of paramount importance for people who suffer from Type 2 diabetes.

Ozempic is also said to mimic a hormone known as glucagon-like peptide-1 which is produced naturally in human intestines. It limits a person’s appetite by making the body feel like it’s full and creating the effect of making the stomach empty more slowly.

It’s due to this reaction that obese people have been known to lose weight while taking Ozempic. You feel full far faster on the drug than off of it, or so claims the chief of the division of metabolism and endocrinology at the University of North Carolina School of Medicine. Foods and treats that once looked delicious are no longer so attractive on while taking Ozempic.

Says a representative for the American Diabetes Association, one other benefit of Ozempic is that it can reduce the risk of cardiovascular disease in people with Type 2 diabetes.

Not Officially Approved for Weight Loss Yet

According to a clinical associate professor of metabolism, diabetes, and endocrinology at Michigan University, it should be noted that the F.D.A. has not yet officially approved Ozempic for use in weight loss. But with the F.D.A. giving full authority to use Wegovy for patients who need to lose weight, doctors turned to Ozempic when Wegovy was not available.

In the same manner that patients are prescribed meds engineered to treat high cholesterol or high blood pressure on an indefinite basis, patients who suffer from obesity can be prescribed Wegovy and Ozempic for an unrestricted period of time.

Patients who stop taking either drug will likely gain weight once more. It should be noted that Ozempic and Wegovy were not engineered for people with normal weight who wish to become super cut or super thin. The drugs were specifically designed for people with Type 2 diabetes and obesity. 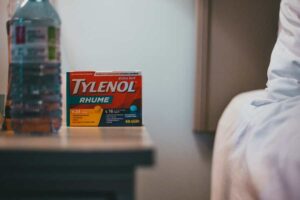 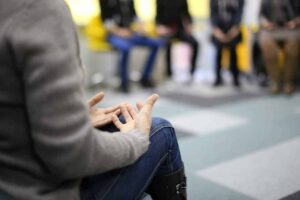 Can Your Moringa Supplement Help Protect You From Disease?
Some fabulous terrific tasks about a Case Study Writing Service